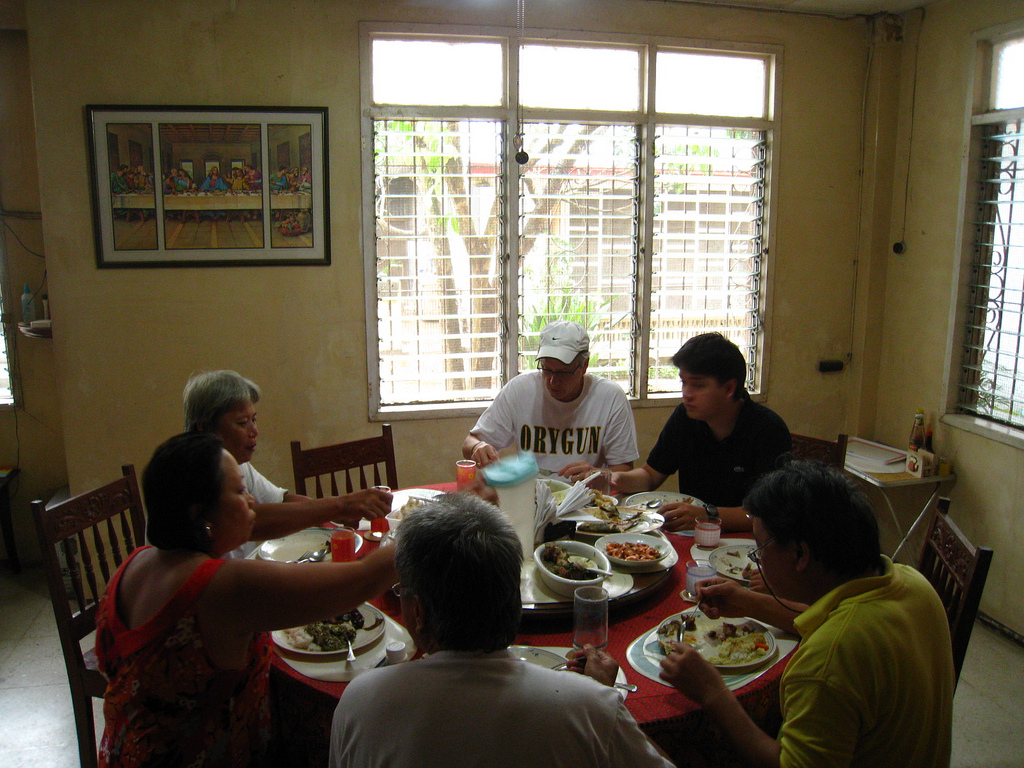 8 Surprising Realizations when You Enter a Traditional Filipino Home

Filipinos have been coming into Australia for decades, most of them as skilled workers who have decided to stay as permanent residents so that their families can enjoy everything that the land down under has to offer.   Of course, despite having been there for years, there are still a few habits and practices that they never really get rid of. And for any Australian who has very little background on Filipino culture, there may be a few things inside a Filipino home that they would find disappointing.   No, that’s not ice cream

Imagine lunging into the freezer and getting all excited when you see a tub of your favourite ice cream.   Of course, if you knew what Filipinos did with ice cream tubs, then you’d think twice before grabbing a spoon that you can use to scoop a spoonful of that yummy stuff the moment you tear the lid off.   Unfortunately, there’s a huge chance that you won’t even see ice cream when you open that tub.   You’ll probably see frozen meat, frozen fish, or leftovers from yesterday’s lunch. Yup, Filipinos have a habit of using ice cream tubs as food containers, so always double check before digging in.   Nope, those are not biscuits, either

If you’ve tasted those Royal Dansk butter cookies before, then it’s understandable that your eyes would light up the moment you see that familiar tin can.   If you have never heard of or tasted these cookies before, then just imagine the yummiest biscuit you’ve ever tasted, then multiply that taste to infinity. That’s exactly how these actually taste like.   But then again, this is a Filipino home we’re talking about. This means that when you open that tin can, there’s a possibility that instead of seeing melts-in-your-mouth biscuits, you’ll probably see some needles, a bunch of thread, and everything else you’d regularly see in a sewing kit.   Definitely no giants here   Sure they have a pair of giant spoons on their wall, but that doesn’t mean that they have giants as pets. 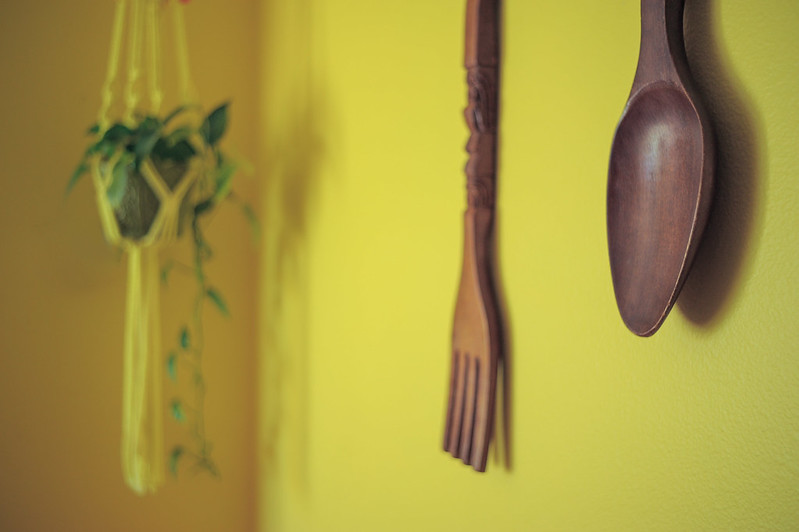 And yes, the family that lives here are not super-sized, either. It has just become a Filipino tradition to hang a pair of huge wooden spoon and fork on their dining room wall, though the practice, as with a lot of other Filipino norms, is still unexplained.   No quiet weekends in this house   Sleeping over at a Filipino home for the first time? If the family brought their weekend routines with them, then there’s no way you’ll be enjoying quiet mornings over the weekend.   In the Philippines, the grown-ups usually do their cleaning and a bunch of other chores over the weekend. So yes, the grown-ups, unlike any other grown-ups in the world, would often be up unbelievably early on Saturdays and Sundays regardless of how busy or tiring their entire week has been.   This also means that you would have to take a trips down memory lane (grandma and grandpa’s memory lane, that is) because weekends are usually for blaring music from decades ago. And while they won’t be playing it as loud as they used to when they were still in the Philippines, the volume will still be enough to seep right through the bedroom walls and right into your ears.   You’ll have to say goodbye to that diet, too   Nope, there’s no party here, even if the table seems to be overflowing with food. For some reason, Filipinos are able to make an entire feast appear the moment they realize they have a guest in their home. There doesn’t even have to be a special occasion. Just let the doorbell ring, and they’ll have food prepared in an instant. 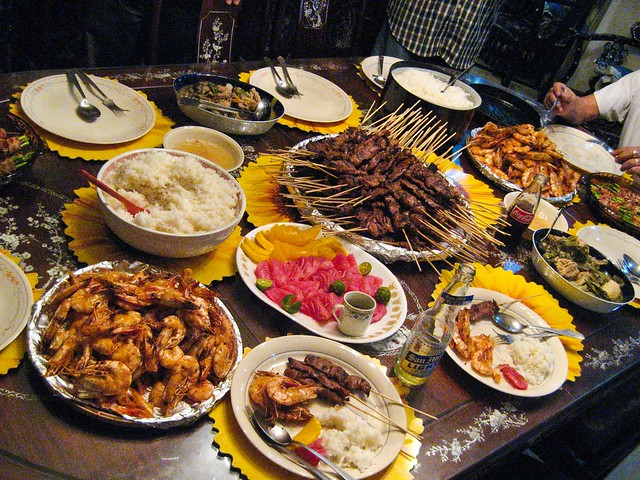 And when we say food, we’re not even talking about snacks here. Most of the time, they have every imaginable dish from every food group around.   Yup, we’re having rice again   Rice and something for breakfast.   Rice and something for lunch.   Rice and something for dinner.   And if you’re lucky, you’re probably going to have something made of rice for snacks, too.   Oh, you can take food home?   Yup, if you’re attending a party or any get-together in a Filipino home, you can definitely grab a container and take some food home with you. Sometimes, you’ll actually think that it’s the main reason why they cook so much – so that there would still be enough food left for people to take home afterwards.   This is one huge family   This is Aunt so and so, and Uncle this and that. They’re the siblings of a Tito’s cousin from their father’s side.   Sometimes, you can just lose track of who’s who in a traditional Filipino family home, especially when they’re having one of their usual weekly lunches or dinners. There’s no clear distinction of who really is part of the family by blood, because they call close family friends aunts, uncles, and cousins as well.   Again, these are things that would pop into your head in a traditional Filipino family home, although a lot of Filipinos who have been in Australia for quite some time now have learned how to downplay their unique culture in an effort to make other people more comfortable in their home. Some Filipinos in Australia have also embraced the Aussie culture so much that they have somehow let some of these practices go.   And just because you don’t see these things in their home does not mean that they’re any less Filipino. Considering the long line of Filipino quirks, this list is actually just the tip of the iceberg. There will always be a hint or two in the background that their Filipino blood is still there somewhere – that’s something that you won’t be able to erase entirely.   The bottom line here is that Filipinos, regardless of how weird their customs could be, have such a colourful way of doing things that you could actually learn to appreciate things that you never looked at from a different perspective before – whether it’s about food, family, or quiet weekends in your own home.   Special thanks to Joey E for the main image.