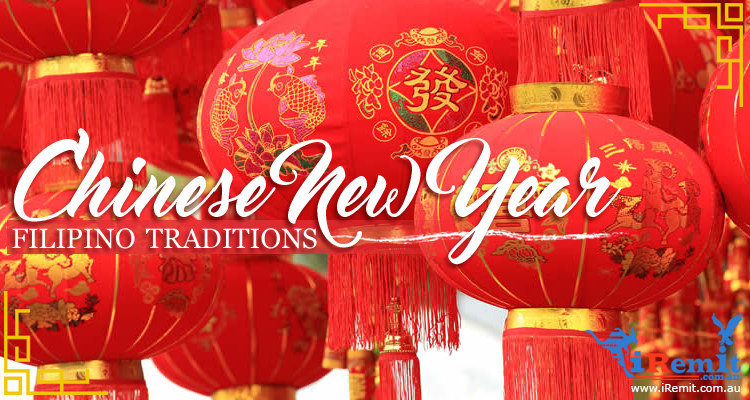 A Yale University study revealed that Chinese Filipinos comprise 1 percent of the population (it certainly doesn’t feel that way in Greenhills, QC, or even DLSU-Manila) but control 60 percent of the economy. A quick glance at any “Philippines’ Richest…” list ought to tell you just that. Let’s face it: the Chinese community in this country has a lot of influence.

So, despite being staunchly Catholic and somewhat Westernized, the Philippines continues to play host to some of the biggest Chinese New Year celebrations on the continent. (It helps that the oldest Chinatown in the world is located in Binondo, I suppose.) A couple of weeks ago, the country joined its residents of Chinese descent in welcoming the Year of the Rooster, and while it doesn’t hold a candle to a Pinoy Christmas, the celebration was certainly festive.

Now, what is a Filipino-style Chinese New Year like? Read on and find out.

Dragons have long since been a powerful symbol in China because they are believed to represent great power, auspiciousness, wisdom, and fertility. Both the dragon and lion dances are performed during special events, most notably on Chinese New Year, to bring luck to the community.

In the Philippines, particularly in Binondo, shop owners hang red envelopes (more on that in a second) from their storefronts for the dragon or lion to snap up as they make their way through the streets. This probably symbolizes offerings made to the said creature for prosperity (for dragons) and protection from evil spirits (for lions).

While they have similar purposes (e.g., heralding good luck for businesses where the dancers pass through or perform in), there are ways to tell if you are witnessing a dragon or a lion dance. Dragon dances are performed by eight people holding up the dragon on sticks. Lion dances, on the other hand, are performed by two people inside an actual lion costume, with one person controlling the head and the other controlling the tail. 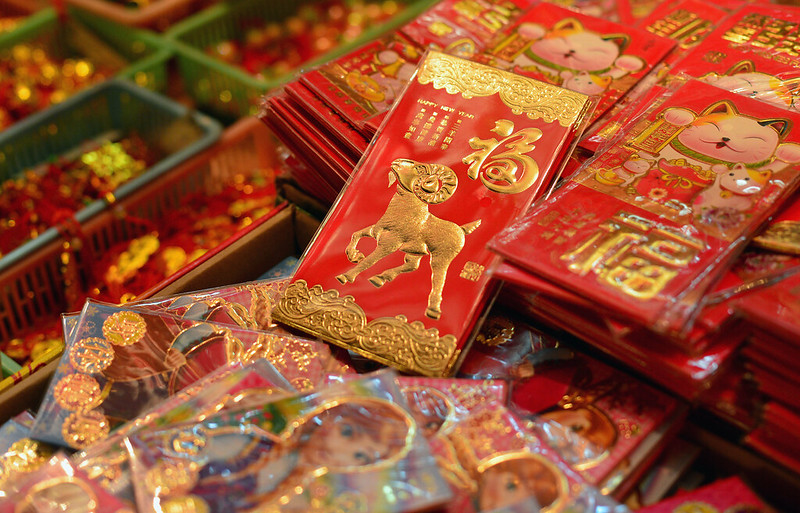 Called ang pao or hong bao in Hokkien and Mandarin, respectively, these envelopes are typically stuffed with fresh, new bills. They’re usually given to the young and/or unmarried by elders, parents or couples for good luck.

Fun fact: The amounts given in each red envelope should be an even number as odd number amounts are associated with cash given to bereaved family members at funerals.

There is, however, no limit or minimum for the amount in each envelope. (Yep, you can actually get an envelope containing only PHP20 from a wealthy aunt or uncle if s/he is a cheapskate. Bummer.)

The Chinese believe that firecrackers can scare off evil spirits, and they also think that the louder and flashier the fireworks display is, the more effective it would be in doing both that and ushering in more prosperity for the coming year.

Well and good, of course, but I just hope they clear it with good ol’ President Duterte first since he’s been known to ban them in his hometown.

Starting the year debt-free is so widely-advised that settling unpaid ones has been worked into New Year’s Eve practices in most cultures, including ours.

In this case, the Chinese are no different. For them, it’s important to pay off all outstanding obligations in order to start the year on a clean page.

If the capitalization and multiple exclamation points haven’t clued you in, this is my absolute favorite Chinese New Year tradition.

Sometimes called nian gao, these are glutinous rice cakes that are usually dipped in beaten eggs before being deep-fried into crunchy, sweet, and gooey fritters. (Gosh, I’m seriously craving them now.)

If you’ve got Chinese friends, you’re bound to receive a box of these babies as a gift and it’s considered good luck to eat them on New Year’s Eve since the Mandarin term sounds like the same one for “higher year.” Hence, it’s supposed to assist you in raising yourself in the next twelve months, sort of like a New Year’s Eve resolution on steroids but yummier.

The Chinese love to eat (come on, they actually have a saying that anything that walks on four legs, can swim, and/or can fly can and should be eaten), so food plays a big part in their celebrations.

The typical New Year’s Eve table is laden with a bevy of dishes that are chosen for significance as well as taste: noodles symbolize long life, steamed fish stands for surplus and good fortune, and dumplings that look like Chinese coins augur wealth.

Sweet, sticky tikoy also sometimes serves as the metaphorical glue binding families together (until they start fighting over the last piece, that is).

Okay, so not everyone likes to celebrate with a bang. (*cough*senior citizens*cough*)

As an alternative to all the (dragon) dancing and setting off of bright, loud fireworks, some families pay a visit to the nearest Taoist temple. Here, they pray and meditate and indulge in one or two New Year’s practices as well.

For instance, some people like to offer up flowers for hope and change, misua and siopao for long life, and fortune buns for a prosperous year. Others also write their wishes on paper and then burn them afterwards as offerings to the powers that be. 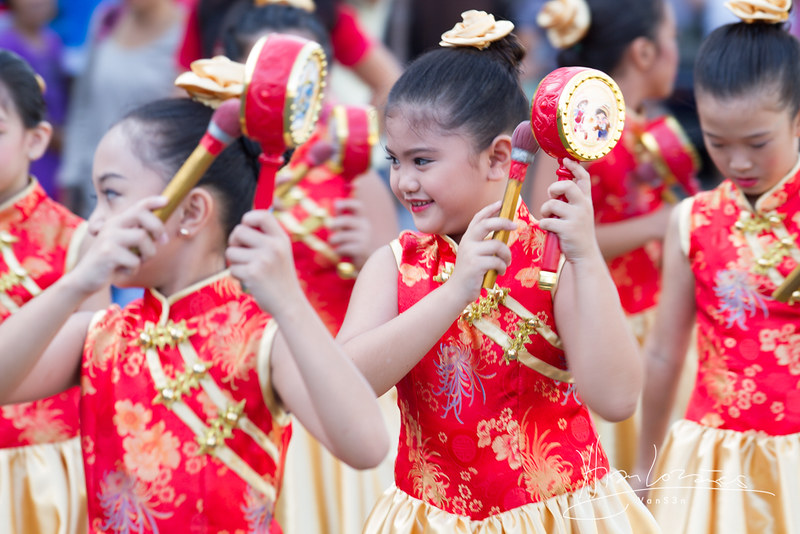 Quick, how can you tell if the birthday celebrant at a restaurant is Chinese? Answer: All the attendees are wearing red.

Red has always been a lucky color for the Chinese since it symbolizes happiness, good luck, and energy. So, Chinatown on New Year’s Eve often looks like a giant tomato exploded in its midst as everyone is wearing red and the streets are decked out in the exact same color to match.

Upon closer inspection, there really isn’t much of a difference between how Filipinos and Chinese-Filipinos celebrate their respective New Year’s Eve events. We all like to feast on good food in the company of our loved ones, give thanks for the year that was, pray for our intentions in the one to come, and more simply, revel in the chance at starting afresh.