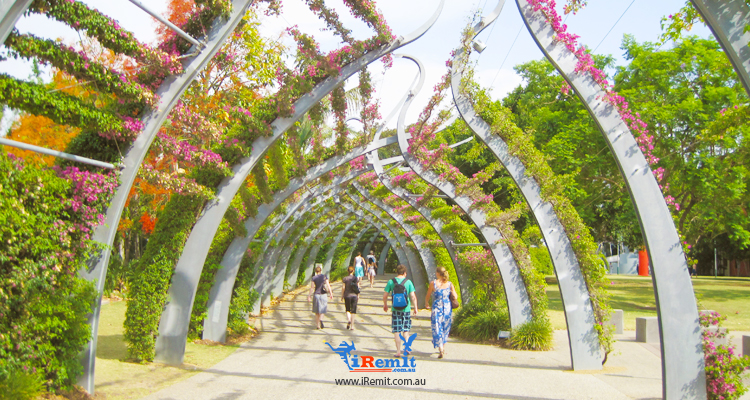 By Serena Estrella in Life in Australia
September 23, 2016

Parks or gardens are the breathing spaces of developed or industrialized cities. They provide a calming oasis of trees, shrubs, and flowers in the midst of the so-called urban jungle, and are often the best place to be on a beautiful day.

True to Australia’s reputation as a laidback country, its major cities don’t lack for gardens or parks. In Brisbane’s case, their go-to spot is the City Botanic Gardens. Back in 1825, convicts planted root crops in the original site in order to feed the prison colony, and only a small portion of the land functioned as a botanic reserve. A mere three years later, however, the botanist Charles Fraser declared the entire site to be a public garden, and it was established as such around 1855.

Today, the City Botanic Gardens are considered to be Brisbane’s oldest and most mature garden. This lush sanctuary is home to many rare and unusual plant specimens, all of which contribute to the myriad of attractions that would delight any casual visitor on a visit here:

About 23 bamboo species can be found in this corner, all to commemorate the collection that was lost when the 1937 Fern Island attraction had to be drained and filled because of all the mosquito complaints.

If you’ve ever wanted to throw an outdoor party, this would be the place. This area spans over 2 hectares and can accommodate about 9,500 people. It’s been estimated that 100,000 people attend various events in this location throughout the year.

These decorative bodies of water were created between 1958 and 1960, with the lower one being part of the original natural creek system. The top ornamental pond, on the other hand, was designed by none other than Harry Oakman, the landscape architect of the Brisbane City Council’s Parks’ Department.

Built in 1867, this fountain was initially meant to be a source of drinking water for thirsty garden visitors. It remained in use until 1930, when more hygienic bubble fountains were installed, but was reopened in 2005 after extensive conservation work. A plaque was then attached to its base, explaining how the fountain was named after the first ever curator of the gardens: Walter Hill.

Along with the bamboo species mentioned earlier, a special collection of these plants have also been cultivated on the garden’s grounds. They too form the garden’s long-standing horticultural history, and form part of Queensland’s most significant and non-Aboriginal cultural landscape.

There were about 12 cannons cast by the Carron Company ironworks in Scotland that were sent over to Brisbane to defend the then-new colony in Queensland. They were originally set up in what is now Queen’s Park to form a firing battery on the riverbank. The one on display on the City Botanic Gardens bears the serial number 63914 and was only recently relocated there after decades of being moved around. 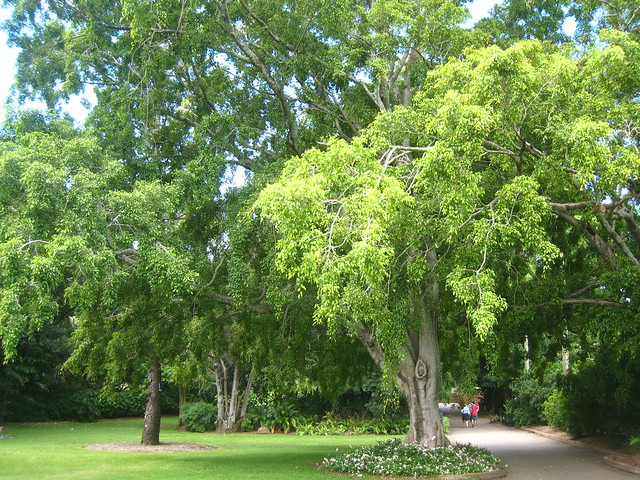 The verdant, sweeping fig trees that cast their leafy branches over this idyllic pathway were planted in the 1870’s. They were initially intended to function as a barrier between the northern boundary of the City Botanic Gardens and the Queen’s Park, but today serve as yet another venue for a pleasant walk.

8. Jemmy Morrill and the Brolgas Sculpture

Jemmy Morrill was a 22 year-old seaman known for being the sole survivor of an 1846 shipwreck that occurred on the outer edge of the Great Barrier Reef. He was rescued by the Aborigines and ended up living with them for 17 years before he was able to return to a European settlement.

He later became instrumental in improving the relations between the Aboriginal natives and the early European settlers. This bronze sculpture was crafted by a Queensland artist named Lindsay Daen, and it’s on permanent loan to the City Botanic Gardens from the Queensland Art Gallery.

Even (or perhaps especially) the most sophisticated city dwellers need a break from the hustle and bustle of the modern world from time to time. Gardens like Brisbane’s most famous one are just the ticket to anyone in search of such.