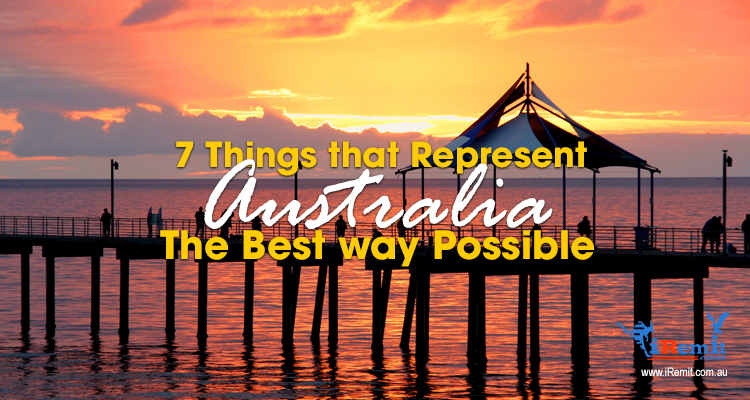 When you think about it, Australia is definitely an awesome place to live in. This is why people who chose to work and live in Australia very rarely regret their decision.

There is such an abundance of all the good things down under that it’s impossible for you not to fall in love with the place the longer you stay here.

Of course, it’s still going to be a matter of opinion whether Australia is better than other countries in different aspects.

To help you decide if Australia is indeed the place to be, here are a few things that Australia is known for. These would probably help push you towards the right decision, especially if these fit right into your tastes, preferences, and personality:

Possibly the most iconic representations of the land down under, the Sydney Opera House has caused people from all over to mistake Sydney as the capital of Australia (it’s actually Canberra!).

Ranking as one of the most photographed images in the world alongside with the likes of the Empire State Building and the Eiffel Tower, planning started in the late 40’s and construction officially began in 1959. It houses a 2,679-seat concert hall, a 1,507-seat proscenium theatre, recording studios, restaurants, and a lot more.

One of the seven wonders of the natural world, the Great Barrier Reef covers over 2,900 individual reefs and 900 islands. It is found off the coast of Queensland and stretches over 2,300 kilometres.

Did you know that it can actually be seen from outer space? It is the biggest single structure built by living organisms in the world. You can probably imagine the huge diversity of living organisms found within it, whether underwater or on any of the islands around it.

Two of the most interesting animals on earth, it’s normal to easily associate these two animals with Australia. Did you know that there are actually more kangaroos in Australia than people?

Kangaroos can be seen hopping around in prairies and fields. Koalas, on the other hand, can be found up high on eucalyptus trees. They’re extremely adorable that tourists ever fail to buy stuffed toys and other merchandise with pictures of kangaroos and koalas stamped onto it.

If you’ve lived in crowded cities your entire life, then the Australian Outback will probably be a welcome sight for you. You can get a taste of the outback no matter where you are in Australia. You may be in a major town or city, but the roads would always lead you back to the great outdoors that Australia has been long known for.

From Uluru to the Pinnacles, Kings Canyon to Coober Pedy, there’s just so much to explore around the country that you’ll find yourself never running out of things to discover here in your lifetime.

The Pinnacles found in Western Australia

Chocolate is one food that anybody anywhere would be crazy not to like. Especially when you sink your teeth into one of Arnott’s Tim Tams for the first time, you’re going to wonder where this chocolate has been all your life.

The Men and Women

You would have to admit that Australia has made quite a few lookers famous.

The list just goes on and on and on.

If you love the British accent, then you definitely would love the twangier and more rugged Australian accent. It’s something that you’ll have to get used to if you’re not from around these parts, but that singsong way of talking has made Australian English such a delight to hear.

Australians have their own vocabulary too, with words like brekky and stickie, you’ll find yourself wanting to hear more.

Finally convinced that Australia’s the place to be? Explore more of Australia and its people and you’ll discover that this list isn’t even enough to explain just how vast the potential is if you’re planning to take a little piece of this heaven for yourself.