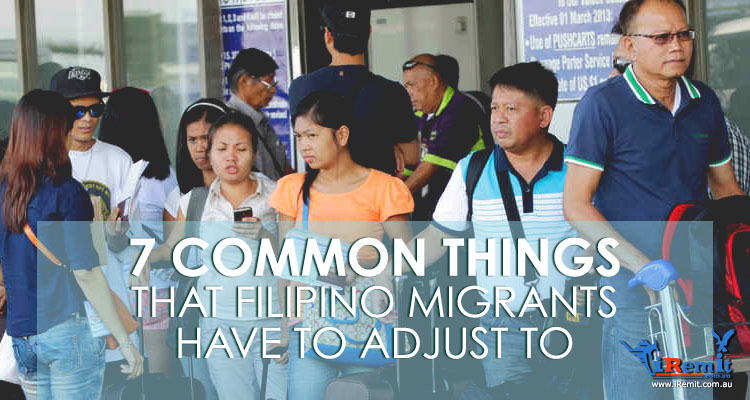 By Serena Estrella in Moving Down Under
October 10, 2017

7 Common Things That Filipino Migrants Have to Adjust To

Have you ever seen a fish out of water? Fins flailing, eyes bugging out, and gills desperately sucking air, it would be quite funny if it wasn’t so sad.

Now, a Filipino who finds themselves on alien land for the indefinite future has little in common with such a creature, but I’m guessing they feel just as bad as the poor fish looks. Working and living abroad certainly sounds glamorous, but it can also involve feelings of isolation, confusion, and homesickness, especially when one is not at liberty to go back home any time. This is especially the case for a lot of our overseas Filipino workers or OFW’s.

If you’re to be posted abroad soon and are unsure of what to expect, here are the sorts of adjustments you might need to make along the way:

What snack do you crave for when you’re stressed out? Piattos? Mr. Chips? Lucky Me Pancit Canton? How about your preferred toiletries? Are you a loyal Likas Papaya soap user, or is your hair partial to Palmolive shampoo?

What’s that got to do with moving abroad, you might ask? Well, let’s just say it won’t be as easy to get your instant pancit canton fix or to restock your favorite shampoo when you’re living in a different country. Australia has a pretty decent number of Filipino stores and restaurants, but their locations might be out of the way for you. Thanks to customs duties and taxes, you might find yourself paying a whole lot more than usual for items you could get for practically nothing back home too.

So, you can either opt to find the local counterpart of your favorite Filipino brand, or you can stockpile your essentials before leaving the Philippines if you don’t want to spend a small fortune on something as mundane as whitening soap.

Like the Americans, we Filipinos still go by imperial units of measurement (e.g., pounds, inches, etc.) while the rest of the world has converted to the metric system (e.g., meters, kilometers, grams, kilograms, etc).

Thus, you need to be extra careful in determining how big or how wide something is, especially if you plan to bring it with you once you move abroad. Recipes may also be something of a challenge since some Australian publications give exact measurements in grams and liters rather than in cups or teaspoons.

Fortunately, there’s an easy fix for all this. Simply download one of many conversion apps, and keep your phone on hand to make the necessary computations whenever you need to measure anything out.

Because we’re blessed/cursed with year-round sunlight, your first few winters in Australia or New Zealand are going to take some getting used to. Seasonal affective disorder, or SAD, which can occur if you don’t get enough exposure to light, is also very much a reality and can really mess with your headspace if you’re not prepared for it.

On days when daylight is scarce, try sitting by a light box at home or at work. It also helps to layer your clothes once the temperature drops, and thermal wear is a godsend for staying warm and toasty without your heavy coat indoors. 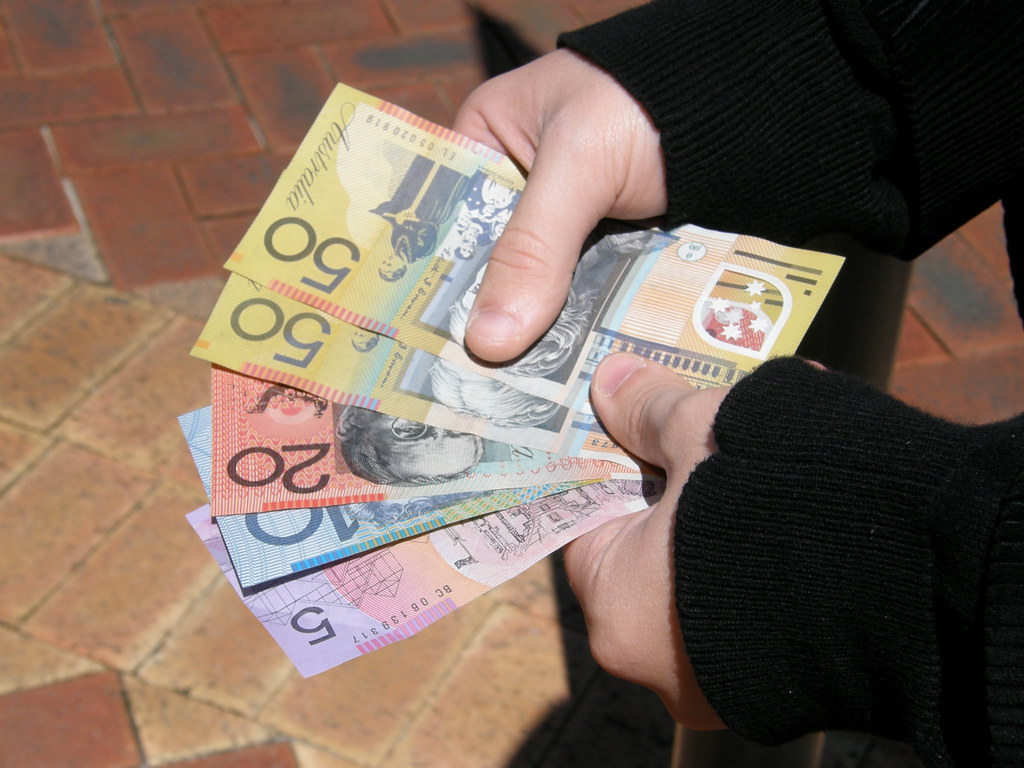 Once you start making money abroad and then remitting a good portion of it back home, the latest exchange rate will always be at the back of your mind. While you may set up a schedule with your family back home, it’s also good to consider delaying your remittances a little bit if it looks like the exchange rate is about to pick up in your favor.

Don’t forget to canvas for a remittance company that suits your needs well too. At iRemit, for instance, our exchange rates are among the highest in the industry and our service fees are among the most affordable at a flat AU$7 per transaction. *wink*wink*nudge*nudge*

Your TOEFL scores may have been topnotch, and your grasp of Aussie slang might even be extraordinary, but it can get exhausting to have to constantly translate everything from menus and road signs to your sentiments on missing your home country.

And unless you live and/or work in a community with a lot of Filipino migrants, never hearing or speaking your mother tongue for a long time can make you feel even more homesick.

Should you start feeling nauseated at being surrounded by all sorts of languages except your own, you can still watch live streaming broadcasts of your favorite news or drama shows in Tagalog, all thanks to Internet or the ubiquitous TFC.

In Australia, drivers keep to the right side of the road, unlike in the Philippines. Apart from that, their traffic officials are much stricter about enforcing rules and regulations. (You can’t pay them off with a Php500 bill, for instance.)

If you plan to drive a car during your time abroad, you may want to read up on your host country’s most common road laws (and to be deferential in case you get pulled over), just to be on the safe side.

Each country has its own unspoken rules of behavior. Australia, for instance, is a big melting pot of culture, so respect is key. Racist jokes, such as the ones that tend to proliferate on Filipino noontime shows, won’t make you any friends here, to put it mildly.

Also, while Aussies are generally laid-back and informal, they’re also very direct when it comes to communicating. So, don’t take it personally should your boss point out a mistake you made in a report.

Don’t forget that Filipino time (i.e., the practice of arriving at least an hour later than what was agreed upon) is also frowned upon here since punctuality is paramount in business meetings. It’s better that you arrive a few minutes earlier rather than have to keep someone waiting.

One of the best things about being a Filipino expat or migrant, however, is that it isn’t too difficult to find someone who’s in the same boat as you. There is truth to the old adage that you can find a Filipino just about anywhere in the world, so if all the adjustments we’ve just mentioned above appear to be so overwhelming, don’t be afraid to look around you for support.