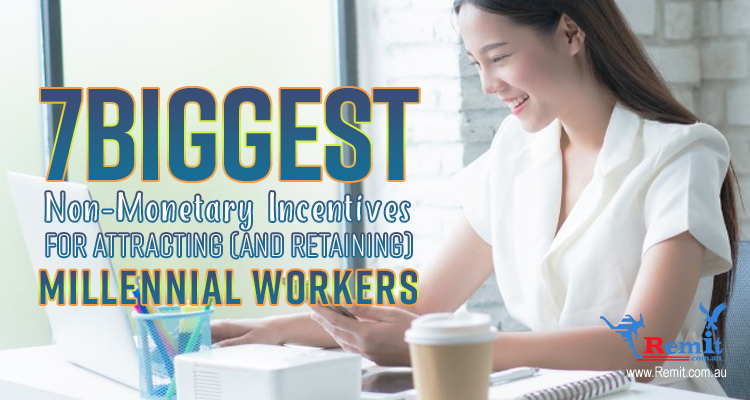 By Serena Estrella in Business and Career
August 20, 2018

Millennials, pshaw, why should I care?

Here’s the thing, though, whether you like to blame my generation for the demise of everything from soap bars to golf or not, you can’t deny that millennials are now largely responsible for dictating not just retail trends, but workplace practices as well, simply because the numbers are now in our favor.

With majority of the boomer population increasingly moving towards mandatory retirement age and with millennials having recently surpassed Generation X as the largest segment in the workforce, it would be folly for any company or business to keep offering the same decades-old incentives. Thanks to so many major technological and socio-political upheavals in the past ten years, our values have simply shifted from those of our predecessors.

The good news is, higher monetary compensation and increasingly expensive benefits aren’t necessarily the key to attracting and retaining top millennial talents. The answer, however, is a bit more multi-faceted.

So, what sort of things would really entice millennial employees to stay and work for you?

Millennials have been known to opt for jobs that give them more control over their schedules, even if such jobs might offer a little less pay.

Try focusing on productivity rather than on time spent in the office. While you can require all your workers to be on deck for certain hours each day, you can also allow them to go home once they’ve finished their tasks or to come in later than the usual 9 AM call time.

Enabling remote work options is another way of introducing flexibility into the workplace. If your employee’s tasks are compatible with telecommuting, allowing them to work from home occasionally can greatly increase their job satisfaction.

While older generations prided themselves on having remained in one company for years, even decades, millennial workers have had no qualms about jumping ship when they feel like there is no more room for them to develop or get ahead.

In other words, millennials have a very entrepreneurial mindset and actively avoid stagnation at work. To combat this, you can offer workshops or added training for new skills. Allowing your younger employees to manage certain projects and providing them with access to career resources also gives them a huge incentive to stay with your company, as is prioritizing internal hiring when a higher position opens up.

You may find that millennials have a wide array of talents, and that they’d be more than happy to put those to good use for you if you give them the chance.

Once you’ve briefed your employees on their job descriptions, responsibilities, and targets, give them enough room and authority to do what you hired them to do.

In other words, don’t give them a directive and then go and look over their shoulders every five minutes. If you feel the need to micromanage a certain employee, you should either look into providing them with better training or, in the worst-case scenario, hiring someone else entirely.

The younger generations are apparently more responsive to leaders who behave more like coaches rather than traditional bosses. Thus, it might help to look at your employees more like players in a team that you need to develop, rather than individual drones to do your bidding.

If possible, ditch the usual annual performance review in favor of more frequent, consistent feedback sessions as millennial employees are quite receptive to real-time feedback.

A united and collaborative work force is one of the pillars of a strong business. One way to bring this about is by hosting periodic company events or activities.

However, if your employees are predominantly millennials, nix the concept of office happy hour or get rid of the companywide golf tournament altogether. Try alternative group activities instead, such as rock climbing or yoga. As a bonus, those things cost far less to organize, but are just as engaging and interactive.

Did you know that volunteer work can actually make you feel happier and less anxious?

As the generation that came of age just when social media was taking off, millennials are all too aware of the need to participate in their communities. Giving them time off to volunteer or, better yet, spearheading such activities yourself can actually boost your workers’ morale by making them feel like they aren’t the only ones benefiting from their efforts.

The idea that people would love to get paid for doing nothing is a misconception. Sure, that might be fun for a while, but any normal human being who’s out to achieve some semblance of self-actualization would eventually find such drudgery dehumanizing.

So, before your new hire even starts work at your company, make sure to inform them about its vision-mission, values, and, most importantly, what role their job will play in the realization of all that. Knowing that one’s job plays a key role in the greater scheme of things is quite a potent motivator, after all.

While the increasing role of millennials in the workplace is a fairly recent development, there’s really nothing new about how non-monetary incentives help shape a company’s culture and thus have an impact on the satisfaction of its workers.

Proper compensation should be a given at this point, but providing your employees with a sense of belonging, opportunities to better themselves and to progress in their careers, as well as the chance to give back to the community will clearly never go out of style.