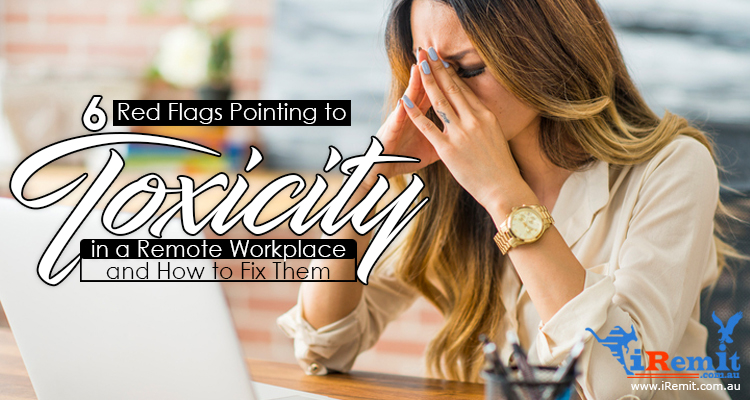 By Serena Estrella in Business and Career
November 21, 2017

Uber is a godsend for many Filipinos. The ride-sharing service has proven to be a safer, cleaner, and far more comfortable option than the persnickety cabs we’re used to.

So, it was a huge disappointment, for a female Uber fan like me anyway, when one of the company’s former employees published an essay of her experiences with incidents of rampant sexual harassment and sexism at the ride-sharing giant. Even worse, the mass firings and lawsuits that followed only revealed that this sort of culture was actually the norm at what was supposed to be one of the world’s most progressive and innovative start-ups.

I mean, good gracious, it’s 2017. Sexism should be a thing of the past, along with corsets and typewriters, but it still seems to be very much alive and kicking, even in the most forward-thinking working environments.

Here’s the thing, though: a toxic workplace can scare off a lot of potential talents and diminish employee morale. No matter how brilliant you are or how amazing your product and service is, you won’t get too far with it if your people aren’t happy. (I mean, come on, even Uber’s CEO was forced to step down after that blog post about their toxic culture, and its street cred has certainly taken a hit since. Tsk, tsk.)

Even remote workplaces aren’t immune from toxicity. Granted, it’s probably not as apparent within such, but sexism is still something to look out for, especially since more and more women are opting for telecommuting these days.

So, if you happen to be an employer who would like to retain amazing talents in your remote workforce, here are the warning signs you need to heed and how you can address them:

Quick, enumerate the project managers working for you. Are most or all of them male? Has any female telecommuter been promoted or assigned to a leadership or management position within the past year? Is there an especially high turnover rate among your female remote workers?

If the answer to the aforementioned questions is “yes,” you probably need to reevaluate your leadership structure. Adding more women and perhaps even members of other underrepresented groups to your management team can bring in a fresh infusion of ideas to the company, not to mention a better understanding of the sorts of issues faced by ALL your employees, making it easier to address them before they come to a head.

To be clear, someone’s salary should still be determined based on their expertise and experience rather than their gender. However, if you have two employees of different genders in the same position and the same qualifications (e.g., level of education, skills, longevity at the company, etc.), but the male makes more than his female counterpart, that’s a different story.

One way to eliminate the wage gap is to standardize paychecks by level. This way, everyone is pretty much receiving the appropriate salary and there’s better transparency as well.

3. No action is apparently taken whenever employees voice their concerns.

It’s basically this scenario: a female employee reports a problem with a colleague or manager’s inappropriate behavior and it’s as if she voiced it out to a brick wall (i.e., there was no reply or proactive measures taken).

Worse still if offensive behavior is explained away, such as flirty remarks being merely dismissed with comments like “Oh, he’s just being friendly.”

All companies should have protocols in place to deal with such complaints. Most importantly, those assigned to implementing them should make it a point to give regular feedback about what steps have been taken to the employees who made their concerns known.

4. Maternity and paternity leaves are outdated, or worse, non-existent.

Everyone, regardless of gender, should be able to spend quality time with their kids. Also, given how increasingly equal the division of household labor is among modern couples, fathers need parental leaves too in order to balance the new responsibilities that come with being a first-time parent.

A family-leave policy that allows your employees to take some time off work (and yes, that also means time off from the relentless status update requests that are typical of remote work) will not only boost morale and retention, but it can also improve productivity as your workers will come back to work with a renewed sense of purpose. (They do have another mouth to feed now after all.)

5. Different adjectives are used in male and female performance reviews.

You know how outspoken and opinionated women are called “bossy” and “aggressive,” while their male counterparts are simply described as “passionate” or “highly-motivated?”

Holding men and women to different standards in the workplace can be especially problematic for women since they often feel like they have to hold back from saying exactly what they mean or from putting forward an idea or a project that they’ve been considering for quite some time.

The society we grew up in shaped much of our biases in assessing males and females as individuals, but that doesn’t mean we can’t change that. The next time you write up performance evaluations for your employees, swap the pronouns around to see if those adjectives still hold up. If they don’t, perhaps it’s time to give them both a second look.

6. There’s no code of conduct for your employees.

By this, I mean something in writing that explicitly prohibits inappropriate behavior like sexist comments or actions as well as the red flags that this article has enumerated so far.

We might like to think that not doing those things should be a given, but it’s still best to have community standards for workplace behavior so that any transgressions will have real consequences and thus can’t be explained away as easily.

A toxic workplace isn’t just abhorrent, it’s also counterproductive. Talent isn’t exclusive to a specific race or gender, and as the world becomes smaller and smaller, diversity and inclusion have become important touch points for any company angling for long-term success.

That’s certainly something to bear in mind for anyone in charge of a remote workforce who have the unprecedented liberty to change employers at will, yes?