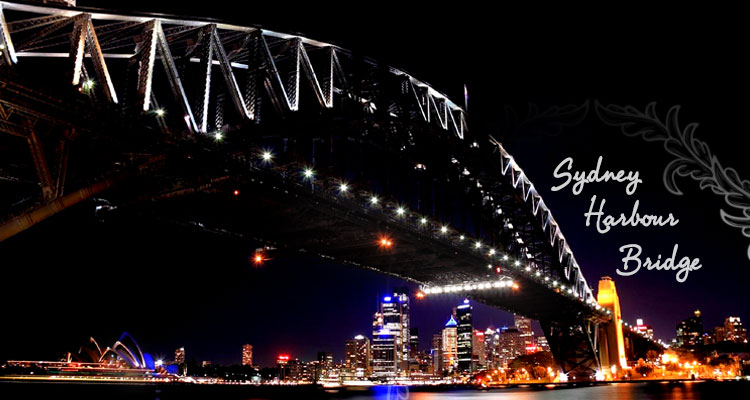 By Anna Agoncillo in Life in Australia
July 6, 2016

6 Reasons To Include “Sydney Harbour Bridge” To Your Bucketlist

Extending over the Sydney Harbour at 1,149 meters in length, the Sydney Harbour Bridge is a magnificent display of engineering and an enduring Australian landmark. It is famous for being the largest and heaviest steel arch in the world! With its massive nature, it is not surprising that you will get a glimpse of it as you move around the city.

Aside from its “larger than life” size, here are 6 amazing reasons why you shall include climbing the “Sydney Harbour Bridge” to your Bucketlist:

1. It has a rich history

The events that transpired in the opening of Sydney Harbour Bridge in 1932 was far from ordinary. The Honourable John T. Lang (New South Wales Premier), was tasked to cut the ribbon that signifies the opening of the Bridge. However, a member of The New Guard named Captain Francis De Groot slashed the ribbon first!

Captain De Goot believed that only person worthy of the task must come from the Royal Family. For his wrongful actions, Captain De Goot was detained and Honourable John Lang officially cut the ribbon.

About a decade after the opening, it was reported that a flight of 24 RAAF Wirraways flew under the Bridge. One of its pilots changed the flight course at the last moment so the aircraft flew over the top of the Bridge in crunch time.

Since its kickoff, the world’s tallest steel arch bridge has been the highlight of many national pride and tourism events. For instance, the grand Bicentennial Australia Day celebration on January 1988 attracted a large number of people to the Bridge’s vicinity.

Furthermore, the Bridge has been an important part of the Sydney New Year’s Eve celebrations from 1993 to the present time. It is generally used to entertain people with spectacular fireworks display at 9:00 P.M. and midnight. Here is a short preview of the previous NYE fireworks extravaganza:

3.It is safe to climb

The best way to experience the beauty of the Bridge is by foot. There is no need to worry if you are not an athlete as the climb is not that strenuous. Simply avail the expert services of BridgeClimb.

BridgeClimb allows people to safely climb the monument through catwalks, ladders, and stairs. Aside from the outdoor gear, health precautions such as taking the blood alcohol is administered.

4. It includes the pylon lookout

Primarily for aesthetic or appearance, the Bridge consists of 4 Pylons that were built by hundreds of stonemasons. You can climb the 200 stairs of the South-East Pylon to enter the Pylon Lookout. At the Pylon Lookout, you will get a bird’s eye view of the picturesque landscapes of the Sydney Opera House and Sydney Harbour.

The South-East Pylon is also the home of the Pylon Lookout Museum where you can enjoy a comprehensive collection of displays that honor the construction of the Bridge and shares the challenges of Aussie’s forefathers.

An easily recognizable infrastructure, the Sydney Harbour Bridge connects the Northern suburbs of Sydney with the city center. With more than 200,000 vehicles travelling each day, it is a crucial link in Sydney’s transportation and tourism.

Boasting with 4.5/5 stars as well as the 2016 Travellers’ Choice seal at TripAdvisor, the Bridge proves to be a crowd pleaser. In fact, BrideClimb has been completed by popular celebrities and important figures such as Prince Frederik and Princess Mary of Denmark, Kylie Minogue, Hugo Weaving, Sarah Ferguson, Cathy Freeman, Kostya Tszyu, and Matt Damon. Join this list of people by getting your ticket at http://www.bridgeclimb.com!

6.  It is a healing experience

As poet Kenneth Slessor once said: “Day and night, the bridge trembles and echoes like a living thing.”

The “personality” of the Bridge makes it a suitable place for healing, bonding, and soul-searching. For instance, a Sydney blogger named Seana shared her own healing experience when she climbed the Bridge with her family.

Seana’s middle child Dax has been communicating his distress and behaving poorly at home. She realized that his distress can be attributed from the need for attention and love. So for Dax’ 10th birthday, their family went to the Bridge. They took their time up there and had tons of fun along the way. At that moment, the Bridge helped them forget about the worries of the past.