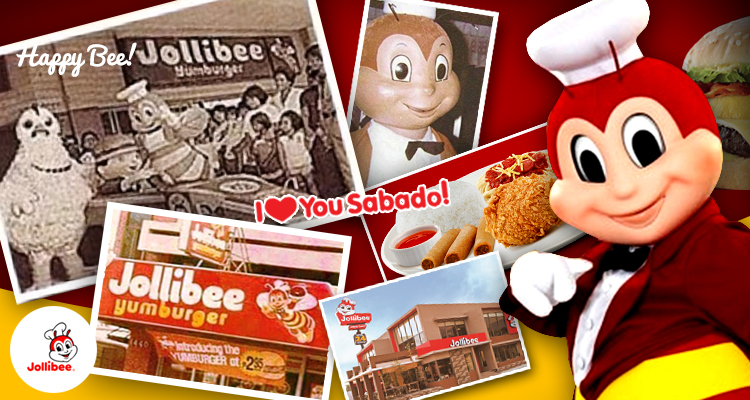 By Anna Agoncillo in Traveling to the Philippines
July 8, 2016

6 Jollibee Facts That Every Fanatic Needs To Know

Are you a fan of the dancing Jollibee?

It will delight you to know that he represents the resilient Filipino spirit. Much like bees, Filipinos are hard-working beings who strive for the sweetest things in life. Reaching this paramounts are not always easy but, we still keep our happy and optimistic mindset about the future.

Aside from this juicy scoop, here are the 6 Jollibee Facts That Every Fanatic Needs To Know:

Jollibee’s Owner and CEO Tony Tan Caktiong was not born with a silver spoon! In fact, grew up from a relatively poor family in (Fujian) China. His family made a life-changing decision when they moved to the Philippines to search for search for better opportunities. This is probably one of the best decisions they had ever made.

With an entrepreneurial mindset, Tony used his family savings to establish 2 Magnolia ice cream parlors in 1975. The franchise outlets were greatly received by the public! To reach an even larger market, he hired consultant Manuel Lumba who realized that the Filipinos were craving for something hot like hamburgers. By 1978, he transformed his outlets into a burger joint. The rest was history.

2. The Original Squad Had Nine Members

Every big-named food chains has their own mascots. If KFC (Kentucky Fried Chicken) has Colonel Sanders and McDonald’s has Ronald McDonald, Jollibee has its signature happy bee along with its delightful squad. The original squad had nine members but it was narrowed down to five members namely: Jollibee, Popo (representing Fries), Hetty (Spaghetti), Twirlie (Sundaes), and Mr. Yum (Burgers).

These five mascots bring smiles to the faces of many children and kids at heart. Just look at how adorable they were in this trending video that reached over 10 million views:

3. The Squad Were On Television

For Jollibee’s 30th Anniversary, a children’s TV program entitled Jollitown was launched on GMA Network. The adventures of Jollibee and his friends were aired every Sunday mornings until 2010. Surprisingly, Jollitown moved to ABS-CBN Network for its 4th to 5th season. Jollitown went back to its roots as it was aired on GMA until it ended on October 2013. Their appearance on television only cemented Jollibee’s presence to the homes of many Pinoy families.

The pioneers of Jollibee first named the store as “Jolibe” in the ’70s. About 7 years after, they added one “e” at the end – “Jolibee”. Eventually after a significant branding strategy, “Jollibee” came about.

In almost every country in the world, there is a community of homesick Filipino workers that aim to cultivate a brighter future for their loved ones. Jollibee noticed this cultural shift and saw it as a glistening business opportunity.

From the words of JFC Group Vice-President Dennis Flores: “Knowing that Jollibee is well loved among Filipinos, reaching out to them where they are is logical for us. We took a conscious decision in prioritizing, going into markets with significant Filipino populations.”

Today Jollibee has a growing number of 133 international outlets with locations in Singapore, Qatar, Kuwait, Hong Kong, Brunei, UAE, and United States. It plans to expand more to the European region.

Not only has Jollibee made an appearance in the local scene but it also had a brief exposure on the award-winning TV musical called Glee!

Videos of the happy bee mascot circulated the Internet since then. A myriad of YouTube and Facebook videos were uploaded showing the Jollibee squad as they strut their stuff at kid’s parties. Personally, I am so entertained by his killer dance moves and cheeky poses.