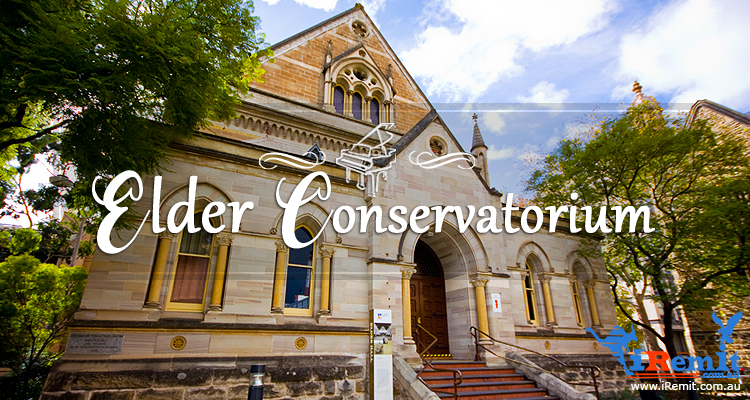 By Serena Estrella in Life in Australia
March 1, 2017

One of the indications of a nation’s prosperity lies in its emphasis on the local performing arts community. (I suppose if your economy is doing really well and your peace and order situation is close to ideal, then you have more time to focus on the “finer things in life.”)

And true enough, Australia is no slouch in this department. Apart from having festival centres that have a year-round line-up of concerts, plays, operas, and ballets, Oz is also home to some of the best music schools in the world.

The Elder Conservatorium is Australia’s foremost music academy. Also called “The Con” for short, it’s located in the South Australian capital of Adelaide. Since its earliest form back in 1883, The Con has enjoyed quite the reputation as an intensive professional training centre for musical research, composition, and performance, and most deservedly so.

The following are just a few more tidbits that make this particular institution so uniquely great:

1. It was named after the Elder Wand in “Harry Potter.”

Just kidding. The Con was actually named for its benefactor, the Scottish-Australian pastoralist Sir Thomas Elder. Although the school was formally recognized as such in 1898, its roots date fifteen years earlier when the said philanthropist gave a donation to fund the Elder Professorship of Music, which means that….

2. The Elder Conservatorium is more than a century old.

Give or take about a decade and a half.

3. You can rent or hire instruments from the conservatorium.

They have a limited number of brass or percussion instruments that are occasionally hired out. Interested parties can contact the heads of the brass and percussion departments for inquiries and arrangements regarding their respective instruments.

4. Lionel Logue is an alumnus of the school.

While Logue did study elocution with a noted expert in the field, he also attended classes at the Elder Conservatorium of Music and is said to have remained a lover of the musical and theatrical arts throughout his life.

5. The Elder Conservatorium has connections with the University of Adelaide.

The Con initially started operating on the Adelaide College of Music’s Wakefield premises, right before it moved to the North Terrace campus, and has remained an essential component of the University of Adelaide ever since.

The fact that the Elder Conservatorium continues to exist and thrive today perhaps indicates why the Australian way of life is so well-rounded and balanced. While the superb educational system in this country provides emphasis on practical subjects like commerce, law, engineering, and medicine, it also places equal importance on the things people actually live for, such as the arts, literature, and of course, music.