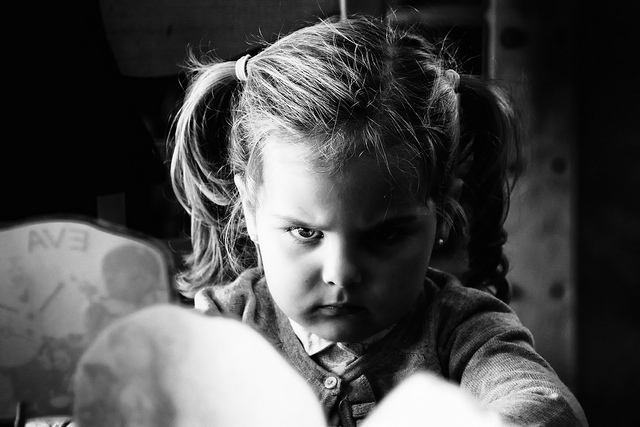 5 Harmful Habits that Spoil Your Kids

You’re in Australia, but your child is in the Philippines.

This is such a common situation these days, especially for those who do not really see themselves living in a different country their entire lives. Where some people choose to bring their families with them when they fly to Australia, some would rather take advantage of job opportunities for a few years and still return home. This means that they would rather have the rest of the family stay put wherever they are.

But with their physical absence also comes the urge to find a way to make up for all the missed chances to share moments together. Especially for parents, the guilt gets greater through time. It is this brand of guilt that causes a lot of overseas parents to spoil their children, something that could have long-term ill effects.

So where do you draw the line between making your kids happy and spoiling them?

There are a lot of things you might be doing that would lead to your child being spoiled. Yes, you may mean well, but you may not realize that it could seriously damage their future as well.

Spoiled kids are often unable to relate well with other people, and have a false sense of entitlement. This would definitely be a big stumbling block for them the moment the start building their careers and creating their own networks.  A lot of spoiled kids are also unable to show appreciation for the things that they have, as well as the things that people do for them.

Here are some of the things you could be doing that greatly contribute to your child being spoiled.

Kids will be kids and they will always make a mess. That’s a given, nothing wrong with that.

What happens AFTER they make the mess however, is what makes a difference.

The kids may have been left with their grandmas and grandpas, or with the parent that stayed behind. There could also be a nanny who is left in charge of the kids. Regardless of who’s left with the child, make sure that they do not pick up after the child all the time.

Sure, you want to make things easier for your kids. Sure, you feel guilty about not being with them physically. But always cleaning up their mess could make them get used to the idea that they can do anything they want without having to take responsibility for anything.

But this behavior could escalate without you realizing it. Today, it could be something as simple as putting away their own toys. In a few years, they could be raising trouble in school, knowing that you’ll be there to back them up no matter what they do.

During a Skype conversation, your child asks you to buy a ridiculously expensive piece of gadget that’s not even appropriate for their age. You say no. Your child then proceeds to throw the worst tantrum you have ever seen, going to the extent of screaming at you.

What do you do?

While some parents may opt to discipline their child accordingly, some would just shrug it off and see it as growing pains. Do the latter all the time however, and you’ll see this child growing up with very little respect for other people, thinking that it’s okay to be rude especially when they don’t get their way.

Your kids will go through a lot as they grow up, most of the time without you around. Of course, concern is always normal for parents, especially for parents who are miles away. So when you hear your child complaining about a class that he’s having a hard time with, or an extra-curricular activity that she suddenly wants to let go of, find out what the real reason is behind their decision.

Sure, if they say that it interferes with their academics, that would definitely be a good enough reason for them to quit. But if their only reason is that they’re getting tired of it, or that it’s becoming too hard, try to get over the urge of allowing them to quit just so they would have an easier time. Try motivating them to see it through the end, pushing them to leap over the obstacles that they are seeing at the moment.

Allow them to quit all the time, and they’ll have the same mentality until they grow up and start working. They would probably jump from one job to another, always quitting when the going gets tough. Unfortunately, this can also manifest in their relationships. They might end up not having enough emotional maturity to stick with their partners through the tough times.

This is definitely one constant that you see all the time. Especially for long distance parents, there is a huge tendency for them to cover up for their kids every time somebody tells them that their kid has been causing trouble in school, or has been acting out. “Kids will be kids,” that’s always the excuse.

But when you make excuse for their bad behavior all the time, your kids will start thinking that what they’re doing is okay. Instead of making excuses, their behavior must be corrected, while it’s still early enough to instill stronger values in their system.

This is definitely the most common mistake that a lot of long distance parents commit, and for understandable reasons. As I have mentioned before, one thing that never leaves the heart of a parent working overseas is the guilt that they are almost never physically there, especially for special occasions and the tough times.

So what do they end up doing? They say yes to everything. Yes to that dress that costs as much as an entire month’s food supply for the family. Yes to that toy that doesn’t really do anything much, but costs four times as much as that more useful educational toy. Yes to that gadget that’s not even appropriate for a 7-year old yet.

It is this exact behavior that makes them realize that they can have anything and everything they want without really working for it. They would feel that it’s okay to demand for anything, even if it’s not right for them. They will never learn to appreciate the value of the hard work that comes with these things you say yes to.

Try to set limitations and boundaries when it comes to your kids. Remember that you are far away from them because they deserve a great future. But the great future that you have planned for them may not even work if they do not have the kind of values that would make them appreciate what they have.

Their future will not only depend on the money you save for them, but on the way you rear them and make them understand how to relate to people properly, how to make good decisions, and how to be more responsible citizens.

Don’t put all your efforts to waste. You might be spoiling your child without you knowing it. Stop the cycle as early as now, and make your child’s future secure not only financially, but emotionally and mentally as well.

Special thanks to Luis Marina for the main image.