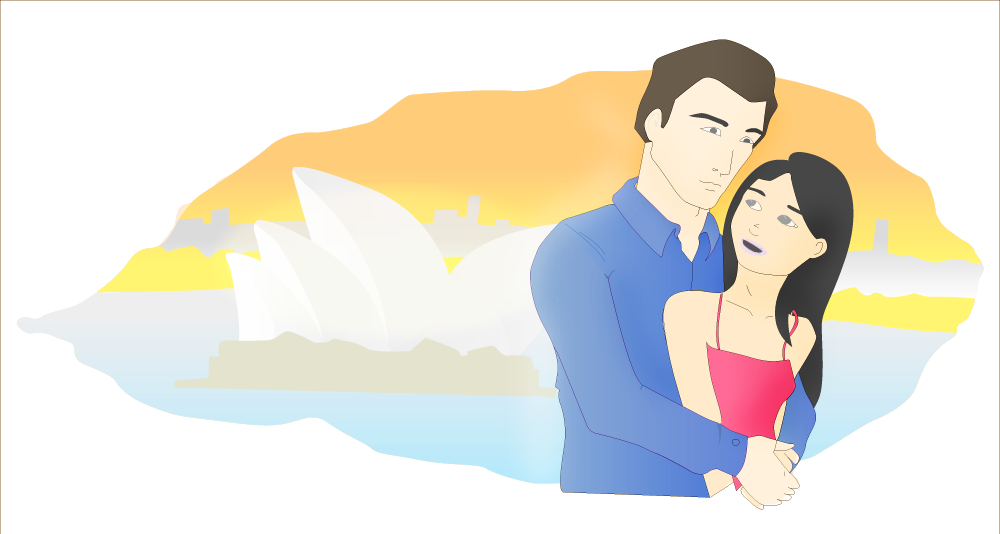 By Rica J in Filipinos in Australia
October 6, 2015

If you’re a single Filipina who has decided to check out her opportunities in Australia, then it’s definitely going to be one hell of an adventure for you. There’s just so much to see and explore that you’ll find yourself wanting to be a part of it all in so many different ways.   Being the Filipina beauty that you are, you would probably turn a few heads here and there, and one day, you just might find yourself dating an Australian guy.   This is where the stereotypes come in.   Although Australians may have their own opinion about how Filipina women are (mostly based on experience), a lot of the stereotypes actually come from the people back home, the people you least expect to judge you.   Sadly, a lot of these stereotypes have been around far longer than you have lived, that getting rid of them is not as easy. Although some of them could be hilarious, a lot of them can be downright offensive, especially to Filipino women.   Here are some of the common stereotypes that you may find yourself being caught in the moment you start dating a foreigner:

I’m sorry, but can’t we just start thinking that they’re both equally lucky that they found a person they have fun with and would like to build a relationship with, regardless of the difference in race?

Eventually, this belief extended beyond the Americans and went on to include other people from the white race, like the British and the Australian people.

First of all, just because you are in a relationship with an Australian does not guarantee you an automatic citizenship. It doesn’t work that way. You’re going to have to satisfy the eligibility criteria, just like everybody else.

Secondly, if a Filipina who lives in Chinatown in Binondo, Manila decides to marry a Chinese businessman, does this mean that they want to become Chinese? I don’t think so.

Unfortunately, there are a lot of Filipina women who actually do this, especially those who want to get their ‘green card’, that thing that grants that you the right to take up permanent residence in the US.

This does not mean however, that every single Filipina woman is after the citizenship or the permanent residence. If you got there on your own, then you don’t need a man to make sure that you stay there.

It’s funny how a lot of Filipinos say, “Nakapangasawa kasi ng foreigner!” (It’s because she married a foreigner!) every time they see a Filipina coming home from abroad, looking like she’s more financially stable than when she first left.

But haven’t these people ever thought of the possibility that this Filipina actually worked her ass off in Australia and never touched her Australian husband or boyfriend’s money?

This is a reflection of how a lot of Filipinos view their women. They believe that women are powerless without men beside them. Sadly, this belief is what made a lot of Filipinas unable to fight back, accepting everything that men throw at them for decades.

It’s a good thing that younger women have started to learn how to stand on their own, mostly due to western influences. Although the feminist movement is not really as strong or as aggressive as in other countries, women are making their mark in society, proving that they can earn as much as men, sometimes, even more.

Long before the Philippines became well-known for its corrupt government, Filipinos were known as the most hospitable people in the world. This is one reason why majority of nurses and caretakers around the world are Filipinos.

However, this does not mean that foreigners only choose Filipinas so that they can have personal maids.

Remember that unlike Filipino men, a lot of foreigners, Australians included, are taught to be independent at a young age. They have summer jobs and are tasked to take care of chores around the house regularly. They don’t have maids, something that is common in the Philippines even for middle-income households. They leave the house the moment they reach the legal age.

Simply put, they can survive on their own. They do not need people picking up after them wherever they go. They enjoy the attention, the sweetness, and the care, but they do not expect their Filipina wives or girlfriends to wait on them hand and foot.

What is it about Filipinos and the need to add meaning to everything that happens to you?

This s one of the funnier stereotypes that Filipinos place on women who date or marry foreigners. They believe that the girl is too liberal that no Filipino guy dared to go out with her. Or they think that she’s not good enough for a lot of the decent Filipino guys back home.

And even strangely, they sometimes think that you’re not good-looking enough, and only a foreign guy with ‘exotic’ tastes would come after you.

This is one exhibit of how Filipinos love putting each other down. It’s like saying that you’re not good enough here, so you had to go somewhere else to find someone who would take you in.

At the end of the day, it’s not what other people say that matters, but what makes you happy. It is what it is, and people will always find things to say regardless of whether you date a foreigner or not.   So instead of minding the stereotypes they throw at you and trying to protect yourself from controversy, just choose to make the most of what you have and enjoy being in a relationship with someone who can introduce you to things that are not familiar to you, someone you can share your heritage and culture to.