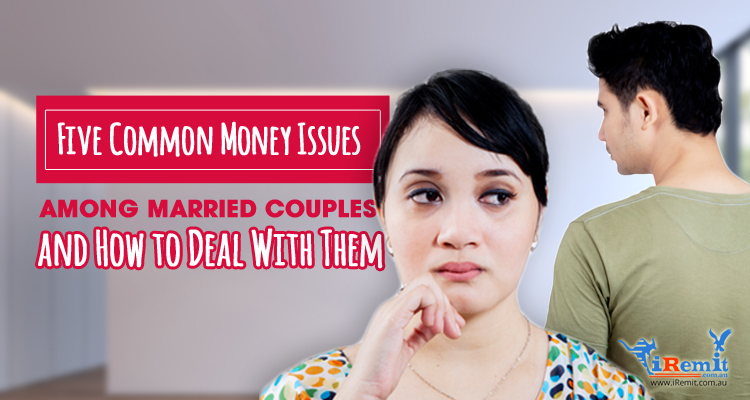 I read somewhere that married couples only ever fight about two things: sex and money. Since we’re a family-friendly blog, we’ll leave the subject of the former to other, ah, better-suited publications.

Handling money is already quite tricky in and of itself, and it becomes even more so when you share resources and responsibilities with another person, such as a spouse. Whether you both work or only one of you does, you’re bound to encounter any or all of the following financial scenarios throughout your married life:

Whoever thought that the question of who pays for stuff would end at the altar was highly mistaken.

Take note that “equitable” in this context does not mean “equal,” but rather, proportionate to one’s financial capability. Thus, if one person earns significantly more than his or her partner, perhaps it’s only fair that s/he step up for a bigger percentage of the family’s living expenses. (By the way, this does not mean that the other spouse shouldn’t try to find ways to cut down on household spending.)

For instance, one partner might opt to provide for major expenses such as the mortgage for the house and the car, and the children’s education, while the other could pick up on miscellaneous costs like the occasional lunch or dinner out or for the kids’ birthday parties.

Regardless of how you divide costs between yourselves, never forget to keep treating each other as equal partners in the marriage.

It’s fairly common for wives to manage both incomes in a Filipino family, and to simply give her husband an allowance after he turns over his paycheck to her. In some families, it’s the opposite: the husband gives the wife a stipend.

There’s really nothing wrong with these kinds of set-ups, provided that both spouses are in agreement over them. However, you might resent it if you’re used to being able to spend on something without asking for someone’s permission.

A good solution is to keep a joint account for household expenses and to maintain separate savings accounts (yes, even if that means you wouldn’t know how much your spouse is making and vice versa). This allows you both to contribute to the family coffers while still maintaining a form of financial independence.

Another option is to go by the 80-20 rule, where 80 percent of your incomes is divided between your emergency fund, monthly expenses, and your long-term investments or savings, while you can both keep or spend the remaining 20% however you please, no questions asked.

While providing financial assistance to extended family members is more of an issue in interracial marriages, resentment can still build up if doing so comes at the expense of the couple’s own pressing needs.

When you get married, your spouse should take priority over everyone else, including your parents and your siblings. Sure, help out whenever you can, but you should only use whatever is left of your income once you’ve contributed to the household accounts. Haven’t got extra cash this month? Learn how to gently but firmly say no.

Don’t forget to keep your partner in the loop as well. You don’t necessarily need their permission to use your own funds, but they shouldn’t be kept in the dark about what’s going on either.

The trouble with the “what’s yours is mine and what’s mine is yours” mentality that often accompanies marriage is that this applies to debts and other such financial obligations just as much as it does to one’s assets.

So, do yourself (and your partner) a favor, and avoid falling into bad debt. Settle your credit card bills in full and on time so that you’re spared the added costs of interest payments and finance charges. Better yet, keep your impulse-buying instincts in check by having only a small amount of cash in your wallet and leaving your credit cards at home.

Spouses who grew up in different backgrounds are especially prone to this issue. One might have been born into a wealthy and indulgent family, and thus may think nothing of spending lavishly on a weekend getaway, while another may have grown up with parents who struggled with debt, thus making him or her constantly fearful of not being able to pay the bills.

It can also be reflected in your living preferences, with one spouse preferring to live in a house while his or her partner might lean towards a condo lifestyle.

This is where having open and honest lines of communication can come in. Rather than simply arguing over points of contention, try having a frank discussion to address their underlying roots. Once you’re both aware of the differences in your mindsets and how they came to be so, the more clarity you’ll both have moving forward.

Yes, mutual love and respect should still be at the core of any successful marriage. However, while money can’t buy you happiness, it can certainly solve most of the problems that can make you unhappy, making it easier for you and your spouse to focus on more important things.

And well, think of it this way: once you’re able to sort out your finances successfully as a couple, that only leaves working on any problems in the bedroom, and that’s arguably more fun than going through your credit card statements, no?