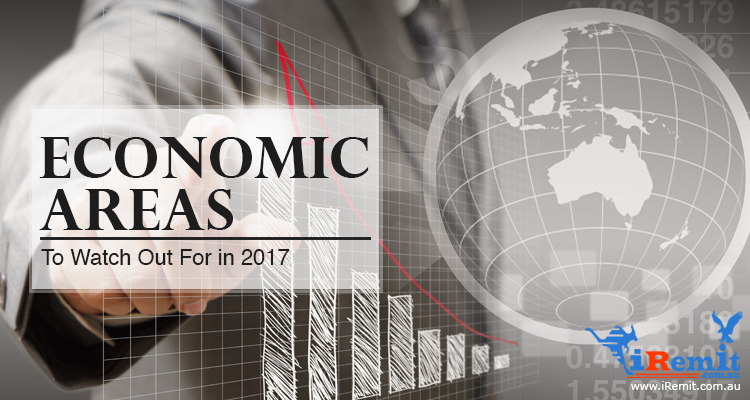 By Serena Estrella in Business and Career
February 7, 2017

3 Economic Areas Aussies Should Watch Out For in 2017

And just like that, the first month of 2017 is over. (Again, I still haven’t heard Jose Mari Chan’s “Christmas In Our Hearts.” What the-?)

Last year, the Australian economy was said to be “in the doldrums,” with the numbers from the last quarter described as the worst since the 2008 global financial crisis. So, the question now is, will this year be better?

The forecast is cautiously optimistic, but according to the latest figures, there are three areas of the Australian economy that could go in either direction this year:

However, GDP growth in September of last year was recorded at -0.5%. In English, that means the economy actually produced less. Thankfully, this was offset in December, given the increased demand for the service sector (e.g., retail workers, waitstaff, etc.) during the holidays.

Still, it’s important to note that components of the service industry like clubs, financial services, and tourism generally experience a boost in the lead-up to Christmas. So while this industry’s size helped carry the day for the economy last year, we have yet to see if this growth is sustainable throughout the next one.

Speaking of the service industry, it’s also what seems to be keeping the Australian job market afloat.

Collectively, the rate of unemployment is quite low at 5.7%. That means you have a good chance of finding a job in the country should you want one.

What that number does not guarantee is the quality of the job. For instance, because the mining industry is currently experiencing its worst downturn in a century, stable, full-time, and relatively high-paying jobs in it and in other related industries like construction are scarce.

Because the economy is currently shifting from building to services, jobs for bartenders, tour guides, and hotel operators are virtually abundant. Sure, they’re great in a pinch, but they don’t offer a lot of job security because of high turnover. And thanks to inflation, these short-term gigs don’t exactly come with competitive pay packets.

The Reserve Bank’s latest chart pack reveals that lots of Australian households are up to their eyeballs in debt, probably because interest rates are at an all-time low.

While the present circumstances might be encouraging to anyone who wants to take out a loan, interest rates could rise again this year because of commercial banks starting to lift theirs.

Thus, experts have advised a bit more prudence in availing of loans and mortgages this year.