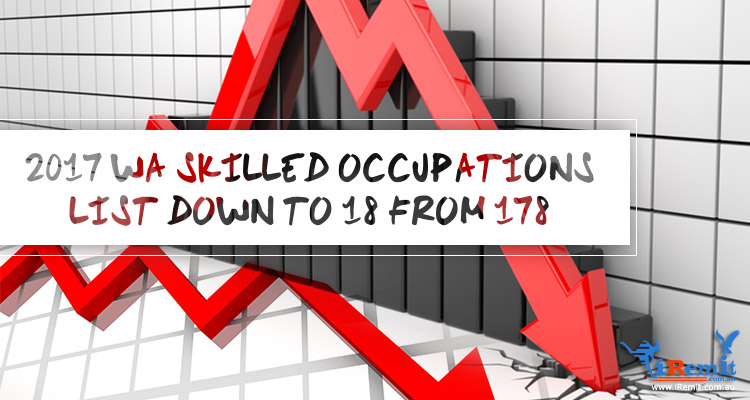 By Serena Estrella in Filipinos in Australia
June 28, 2017

Yep, Western Australia has slashed 160 items of their Skilled Occupations list, leaving only a total of 18(!) in-demand occupations left.

Last Wednesday, the State Government released an updated version of the Western Australia Skilled Migration Occupations List (WASMOL). The previous version, which listed a total of 178 occupations including bricklayers and engineers, was ceremoniously torn up on Labor’s first day of government back in March.

Premier Mark McGowan explained the move as something in line with putting local tradespeople first: “This is about West Australian jobs first and foremost, making sure we only sponsor those people that we actually need rather than a whole range of occupations where West Australians are already out of work and need those jobs.”

Western Australia’s unemployment rate has been revealed to be consistently above the national rate for more than a year.

The WASMOL is meant to fast-track the migration of overseas workers into the state and it looks like majority of the occupations listed here were in demand during the mining boom. Now that the mining industry isn’t as robust as it used to be, the employment rate in the state has dipped considerably.

Apart from bricklayers, engineers, and electricians, teachers, cafe managers, and refrigeration mechanics were also struck from the old list. All 18 of the remaining occupations are in the medical field:

Those workers already in Australia courtesy of the old WASMOL will have to apply to the Commonwealth once their current visas expire, should they want to stay on.