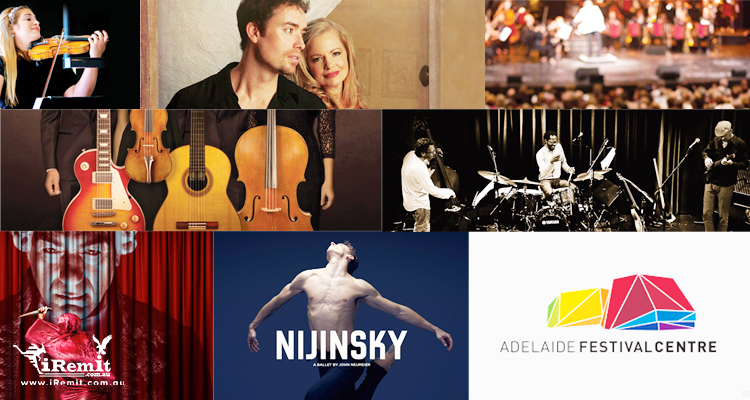 If you’ve had your fill of zoos and wildlife conserves and would like to lay your eyes on some man-made performance art, the Adelaide Festival Centre could very well be up your alley. This eye-popping, contemporary structure was built in 1973 and is about three months older than its famous cousin, the Sydney Opera House. More than that, however, it also has the distinction of being Australia’s first multi-purpose arts center.

For decades, some of the most talented people in the fields of music, theater, and performance art have graced the numerous stadiums beneath the Adelaide Festival Centre’s iconic white geometric dome roofs. Many annual music and dance festivals are hosted here, and if you’re planning a trip to Australia (and are visiting Adelaide) this year, you may want to carve out time for any of the following upcoming events:

The acclaimed young violinist Niki Vasilakis brings to life a series of chamber music pieces by some of classical music’s most famous heavyweights. On 28 July and on 3 November, get ready to hear the likes of Beethoven, Ravel, and Schubert as you’ve never heard them before.

Far from being staid and stuffy, Vasilakis’ concert presents classical music in a more intimate and conversational way. You can even have a drink with the musicians after their performance.

You might think of Don Juan as the ultimate debonair womanizer, but leave it to good old Byron to turn this epic legend on its head. Rather than being the consummate seducer, Byron’s Don Juan is a man who is easily seduced.

So, on 12 August, watch how this fresh take on an age-old tale unfolds in the midst of solo guitar music, sheer poetry, and rambunctious snippets from Byron’s own scandalous life.

If you can’t attend the Guitar Festival Symphony Gala on the same day, go for this one, mate.

From 14-19 October, the Australian Ballet will present a powerful and provocative performance based on the life of the tragically-fated visionary, Vaslav Nijinsky.

Image Credit: The Globe And Mail

Choreographed by John Neumeier, this tribute to one of classical ballet’s most revolutionary male dancers is set to transport you back and forth across the extremes of agony and ecstasy. And all through the universal medium of dance.

Puccini’s Tosca is a favorite among many opera aficionados the world over, and if you count yourself among their ranks, this latest rendition due on 12, 15, 17, and 19 November is sure to get your heart racing. 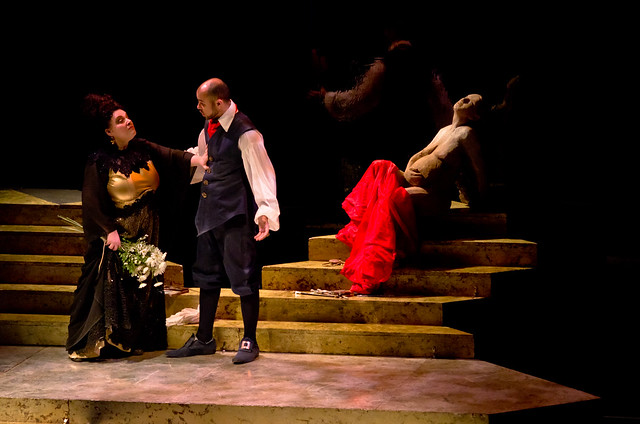 Kate Ladner, a soprano from the State Opera of South Australia, top bills the cast as the eponymous Floria Tosca and the Church scene alone is said to be worth the price of admission.

This ever-popular holiday concert series returns on 15-17 December this year. Apart from traditional Christmas carols like “Deck the Halls” and “Jingle Bells,” the whole family is sure to enjoy listening to quite a few pop renditions of contemporary songs celebrating the most wonderful time of the year.