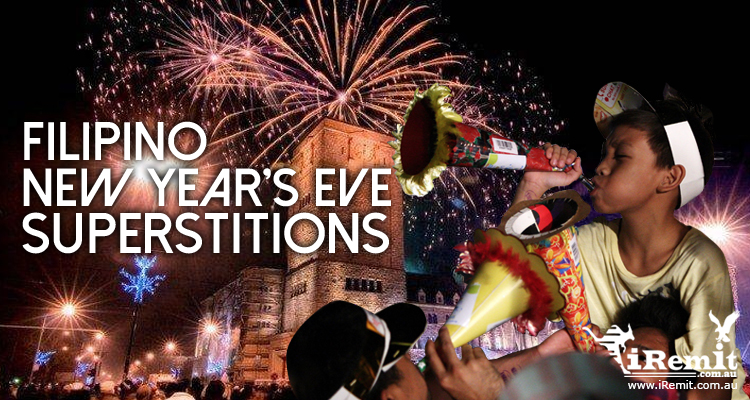 After such an eventful year (Hello, Du30, Brexit, and Trump), it’s hard to believe that 2016 is coming to an end. The general consensus (according to Buzzfeed or Twitter anyway) is that most people can’t wait to ring 2017 in and start afresh.

For the less superstitious people of the world, New Year’s rituals are pretty simple and straightforward. They clean the house, prepare a nice meal, or congregate at the nearest New Year’s Eve party to await the stroke of midnight.

But because Filipinos are largely a superstitious lot, our end-of-the-year festivities are a bit more complicated. Thus, for your reading pleasure, we present twelve of the most widely-followed New Year’s Eve superstitions in the Philippines, one for each month of the year:

Because they’re round (mostly) and grow in bunches, grapes are said to herald prosperity. Eating all twelve grapes at the start of the New Year is thus supposed to be a good omen for all twelve months of the next year.

Do take care not to choke on those grapes, though, or all that prosperity might be for naught.

Set off some spectacular fireworks, bang some pots and pans, blow your torotot, or simply invite over your favorite Tita of Manila and casually mention your solitary romantic status, whatever it takes to generate a lot of noise.

Seriously, though, loud noises are meant to drive away all the evil spirits since they supposedly can’t stand the racket, thus eradicating all the forces that could bring misfortune to your life in the coming year.

3. Clear all your debts and stuff your wallets with brand new bills.

So, if you want to be prosperous and debt-free, it would be a good idea to settle all your debts and to stock your wallet with crisp bills and coins.

No word on what you should do if paying off all your liabilities leaves you with nothing in your wallet, however. 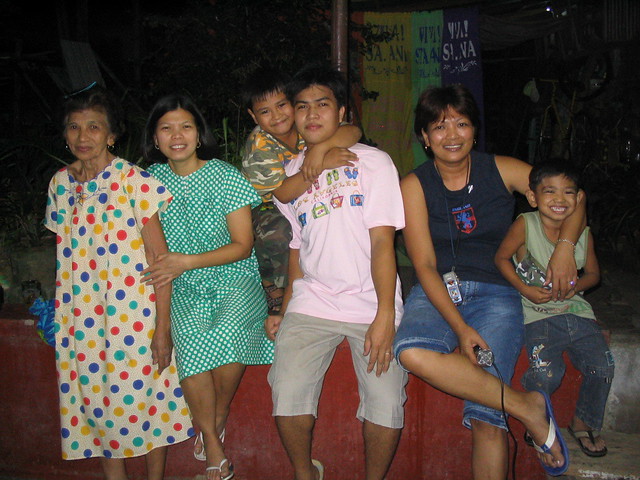 As pointed out in the first item, anything round signifies prosperity and few things meet that criteria as polka dots do.

If that doesn’t sound weird enough, you can even pick the color of polka dots to wear to determine which area of your life will receive the most good luck. Red is apparently good for love, yellow for happiness, and green for money.

Heck, you can even go to town and incorporate all three colors of polka dots in your outfit. Sure, you might look like a fashion disaster on New Year’s Eve, but at least, you’ll be lucky in life and love, right? Right?

When I was a little girl, my parents used to tell me and my brothers that the higher we jumped at midnight on New Year’s Eve, the taller we’d be when we grew up.

It seems to have worked for my brothers who are now all above 5’8” in height (I, on the other hand, seem to have topped at 5’4” heightwise, but I do have 3-inch stilettos in my closet, so…). Then again, both my parents are above 5’6”, so that could just be plain genetics.

If nothing else, jumping around at the sight of colorful fireworks and the sound of blaring plastic trumpets (or your Tita of Manila’s constant yappering about when you’re supposed to get married) is a festive way to celebrate anyhow.

This sounds counterintuitive because who wouldn’t want to have a clean house at the start of the year?

Apparently, Filipino superstition dictates that sweeping the house on New Year’s Eve also sweeps away any good fortune the New Year brings in.

Well, at least, you’ve got an excuse to put off cleaning for a day or two.

7. Avoid spending any cash on January 1.

Also, it’s believed that you’ll be doing for the entire year what you were doing on New Year’s Day. Hence, shelling out money on January 1 supposedly means you’ll constantly be paying bills throughout the year.

8. Refrain from serving or eating chicken or fish at the New Year’s Eve feast.

The Media Noche or Midnight Feast on New Year’s Eve is almost as greatly anticipated as the Christmas Noche Buena.

That said, there are some menu items that are supposed to be off-limits on this evening, chief among them are chicken and fish dishes.

Why? It all has to do with imagery. Chickens don’t eat until after they’ve pecked the ground for food and fish are associated with scarcity since poor people in the Philippines have only dried fish to eat with their rice. Eating either of these animals at the Media Noche is said to invite scarcity as a result.

9. You should, however, serve and eat a noodle dish like pancit.

Like the Chinese, Filipinos correlate noodles with a long, healthy life, so including pancit in the Media Noche menu is well-nigh inevitable.

But in case you’ve got picky eaters among your kids, some good old spaghetti with meatballs should suffice.

10. Open your doors and windows.

This will supposedly release all the bad energy from your house and let all the good energy in.

No idea how the person who came up with this could tell what sort of energies were coming and going, but oh, well. Needs must.

I don’t know anyone who does laundry at this time, but that’s probably a good thing since washing clothes on New Year’s Eve means that someone in your house will die.

Someone tell the Starks of Winterfell.

12. Turn on all the lights in the house.

If you want a glaringly bright future, that is. And don’t we all?

Superstitions are perhaps silly, especially in the modern world. But there’s little to no harm in following them, I think, considering that some of us might derive a certain comfort from these practices to ward off anxiety over these uncertain times.