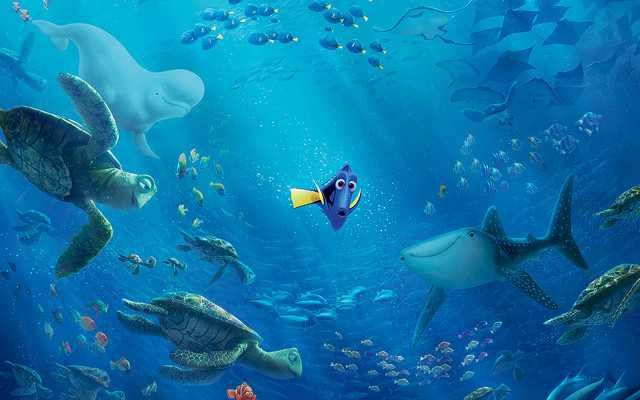 It may have taken thirteen years, but the long-awaited sequel to 2003’s “Finding Nemo” is finally here (Yippee!). From what we can see on the official trailer, Pixar’s talented animators and storytellers are set to present us with yet another equally memorable tale.

The fabulous Ellen Degeneres may be the main celebrity doing voicework for “Finding Dory,” but for all the kids and kids-at-heart out there, everyone’s favorite blue tang is the star of the show. If you’re like most of us here on the iRemit team, you’ll be absolutely tickled to find out all these amazing facts about the real-life Dory and her kind:

1. Dory goes by a lot of names

Even if you don’t have short-term memory problems, you would still be hard-pressed to remember all of the blue tang’s aliases, namely: Pacific blue tang, regal tang, palette surgeonfish, royal blue tang, hippo tang, and (brace yourself) Paracanthurus Hepatus. Whew.

2. Unlike Nemo, it’s very difficult to get Dory to breed in captivity

In case you or your five year-old wants Nemo as a pet, you should head over to Western Australia’s Batavia Coast Maritime Institute (BCMI). They started breeding ornamental fish about five years ago, and they are now the country’s biggest breeders of clownfish. You’ll have to wait a while if it’s Dory you want, though.

The BCMI has been trying to breed blue tang fish in their institute for the past three years, but because so many things can go wrong (it’s very difficult to grow algae that’s tiny enough for the baby fish to feed on, for starters), they have yet to perfect the process.

This fish can adjust the intensity of its coloring, from that vibrant azure us fans know and love to a deep, regal purple.

It can even turn into a pale purple shade at night because of how its skin pigments reflect light, and young blue tang fish can appear to be bright yellow, with their skin color darkening as they get older.

4. The real-life Dory can and probably will cut you

Blue tangs aren’t dubbed surgeonfish for nothing. When threatened, they can unleash an erect, scalpel-like spine and thrash around to defend themselves.

5. Dory sashimi is a bad idea

Raw blue tang flesh is riddled with toxins, so it’s highly poisonous. Eating it will, at the very least, give you a terrible case of diarrhea, so put those chopsticks away.

Queensland’s Great Barrier Reef is home to Dory and her blue tang kin.

Because blue tang eat nothing except algae, they feed on the ones that grow on coral reefs, sponges, and even turtles. This ensures that the algae growth doesn’t get out of hand and suffocate the reefs.

8. Dory prefers to be with her own kind.

In the movie, Dory pals around with Nemo, Marlin, and a host of other sea creatures, but in real life, the blue tang fish prefers to just keep swimming with a fellow blue tang or a school of such.

Perciformes, its scientific order, has 148 families that roughly contain 9,300 species. No wonder she has to swim across oceans to find all of them.

Special thanks to Giri Trisanto for the main image.