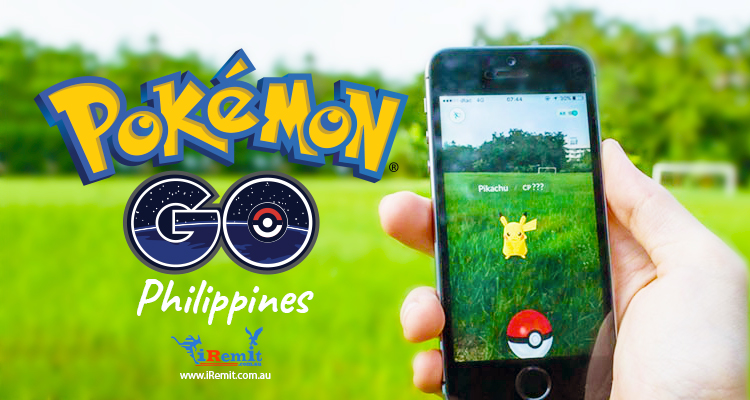 When I was a wee girl (not too long ago, mind you), Pokemon was a huge thing. Short for “pocket monsters,” they resembled everything from cutesy rodents with lightning-shaped tails to, well, a walking radish with legs (I kid you not, the said Pokemon was even called Oddish). Back in my day, you either played the Nintendo game, the card game, or watched the animated series/movie (who can forget our Billy Joe Crawford’s rendition of the theme song?).

With the upcoming launch of Pokemon Go in the Philippines (on 27 July, if the rumors are true), all of us 90’s kids will finally get the chance to be a real-world/virtual Pokemon master. Thanks to Niantic’s Real World Gaming Platform, you can collect Pokeballs and other useful items at designated Pokestops, capture wild Pokemon on your smart phone, or even engage other Pokemon trainers in battle. Wild.

Now that anticipation over the game’s launch is at fever-pitch, what sort of things could happen in the Philippines once Pokemon Go becomes available?

1. The demand for power banks will increase.

The heavy usage of your smart phone’s GPS chip (how else will you find Pokemon and Pokestops in your area?) + serious processing required for rendering + screens at full brightness = one severely drained battery.

Since you wouldn’t want to let an empty battery get in the way of capturing that Meowth or, I dunno, making an emergency call, you would probably make it a point to lug around trusty power banks. And you can bet that other Pokemon Go players are thinking the same. So, if you ever wanted to put up a small sideline selling power banks, now would be a good time to do it.

While you’re at it, see if there might also be a demand for Repel or Thundershock (that’s pepper spray or tasers for you non-Pokemon folk) as well. Lots of people are bound to go Pokemon-hunting in the middle of the night, and they’d feel a lot safer doing it with a fair bit of protection.

2. People standing, crouching, or rolling around staring at seemingly nothing will be a more common occurrence.

Apparently, GPS glitches can be your friend. If a Pokemon appears to be slightly out of your reach, you can try running around while shaking your phone in your pocket to confuse the GPS sensor. Done right, this can land you near the said Pokemon for a few minutes, allowing you to capture it.

The previous maneuver is best done in the privacy of your bedroom, lest people think that you’re insane, but all bets are off if a Charizard suddenly appears in, say, your office parking lot.

Thus, don’t be too alarmed if you come across a group of people running after something you can’t see. They’re probably just playing Pokemon Go. (But you should also check if you’re within vicinity of the National Center of Mental Health, especially if these people don’t seem to be holding smart phones.)

3. Floods won’t always be viewed as a bad thing.

They can’t be all bad when water Pokemon are bound to show up wherever large bodies of water are.

Never mind that the “artificial” lake appeared right in the middle of Taft Avenue or Espa?a, or that you could get Leptospirosis from wading into it. That Staryu floating atop the water needs to be caught!

4. Membership at actual gyms will dwindle.

Because who needs a personal trainer when you’ll spend most of your free time running around under the sun and possibly climbing over a wall or two?

Still, doing a bit of Parkour just to get at that Pikachu is bound to be way more fun than doing push-ups at the gym, sore legs at the end of the day notwithstanding. Besides, all that exertion will help you reach your #FitnessGoals a lot faster.

5. Police will have their hands full arresting trespassers and jaywalkers.

You probably never thought you’d be attempting to jump over your neighbor’s wall (or to cross a busy intersection during a green light), but the appearance of Mewtwo in their yard (or in the middle of the road) is enough to change anyone’s mind.

Let’s hope that the officer who ends up arresting you is familiar with Pokemon Go, or he may just have you committed to a mental institution after you finish explaining what you were trying to do.

6. Graveyards will have more visitors.

Looks like Nov. 1 and 2 will no longer be the only dates in a year where the cemeteries will be packed. In the US, Pokemon stops and even Pokemon gyms have popped up in graves and cemeteries, so it isn’t too far-fetched for La Loma or Loyola to soon host the same.

Pray that Gastlys, Haunters, or Gengars are the only ghosts you run into in the cemetery, however, and that you don’t get any alerts for them while passing through Balete Drive.

The ones that seize the opportunity to capitalize on the Pokemon Go trend will, anyways.

So, how can a small business take advantage of the Pokemon Go hype? Finding out if your shop or location is a Pokestop or a gym is one way to do it, promoting the kinds of Pokemon present in your store (and rewarding customers who find them) is another. Some small business owners in countries where Pokemon Go has caught on even give discounts to the members of whichever team currently holds dominance over their Gym and quite a few diehard fans/business owners also issue custom gym badges.

8. Frat battles will give way to team battles.

Forget about Tau Gamma or whatever the top fraternities are calling themselves these days. Once Pokemon Go is out, there will only be three groups that matter: Valor, Mystic, and Instinct.

Given how Filipino culture is big on teams, you can bet that “battles” between representatives of whichever legendary bird (Articuno, Zapdos, or Moltres) are likely to erupt in designated Pokemon Gyms or other areas where a team can establish dominance.

Fanatics will probably even spray-paint the walls with graffiti that reads “Team Valor 4Ever” or something similar. Charming.

9. More people will “go outside and play.”

The best thing about Pokemon Go is that it lets people play the game on a much bigger playing field (i.e., the world outside). So, rather than staying in or being glued to a terminal at a computer shop, many gamers will get to rediscover the old-fashioned joys of running around, climbing trees, or ducking under hedges, even if it is to acquire something in the virtual world rather than in the real one.

10. Introverts will have an easier time meeting new friends and perhaps even a special someone.

Striking up a conversation with a complete stranger is one of the hardest things for any introvert to do, but that ought to be easier if you’re both rolling around in the grass trying to capture a Bulbasaur. Common interests, after all, can make any introvert babble on for hours, and if you really hit it off with a fellow Pokemon trainer, who knows where that will lead, eh?

Regardless of whether the aforementioned things actually happen or not, Pokemon Go is sure to change the playing field once it hits our shores. Enjoy it to the fullest, but don’t forget to draw the line (blurred as it might seem) between the real and virtual world as well. The best adventures are still the ones you share with the people important to you, be there imaginary monsters involved or not.