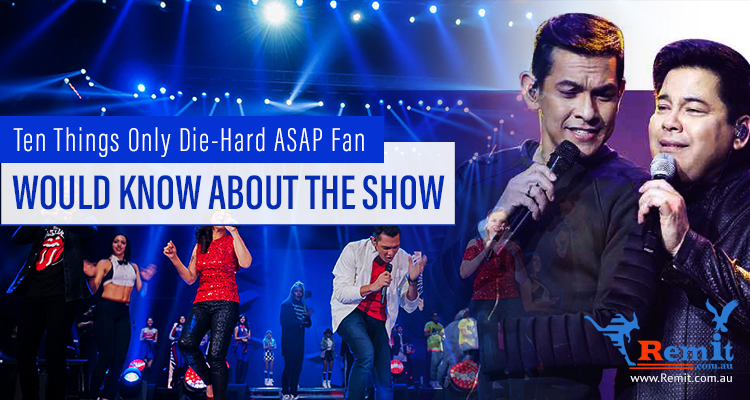 ASAP is an acronym for “as soon as possible,” but in our corner of the globe, it has an equally iconic meaning.

Airing every Sunday on the Philippine local access channel ABS-CBN, ASAP started out as a musical variety show that was originally conceived to replace a noontime show called “Eat Bulaga.” (The latter moved to rival network GMA-7 after its production company refused to sell the rights to ABS-CBN.) 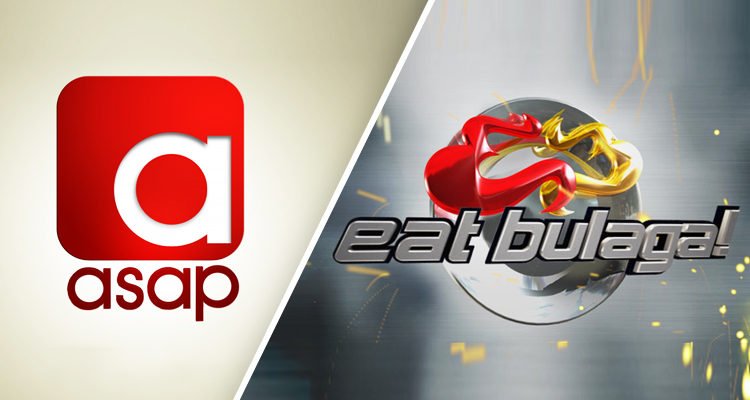 Since then, however, the show has simply gone from strength to strength, attracting the hottest and most talented stars of the day and steadily laying claim to a wide viewership not only among Filipino residents, but also among OFW’s and their families in various parts of the world.

And so, in honor of the upcoming “Grand Kapamilya Down Under” hosted by ASAP Sydney (and partly sponsored by RemitAU *wink*wink*) on the 20th, we present to you some little-known yet fascinating tidbits about this beloved homegrown show: 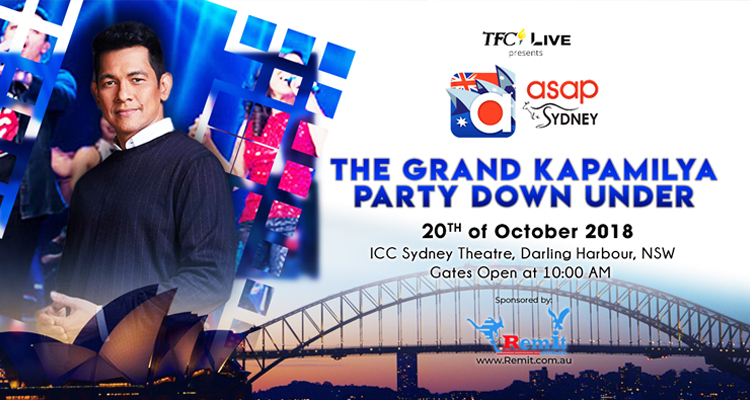 1. ASAP is an acronym for “All-Star Sunday Afternoon Party.”

Singer Martin Nievera is often credited with having come up with the name.

2. It’s the longest-running musical variety show in the Philippines.

The show has been on air for more than two decades since its pilot episode aired on 5 February 1995.

3. The show’s four main hosts were all well-known personalities in their respective fields in entertainment, thus setting a precedent for local television.

4. Quezon Avenue’s Delta Theatre served as the venue for the show’s live telecasts for the first three years.

ASAP was eventually transferred to Studio 3 of the ABS-CBN Broadcasting Center in Quezon City back in early 1998.

5. Celebrity couples both fell apart and came together on-air. 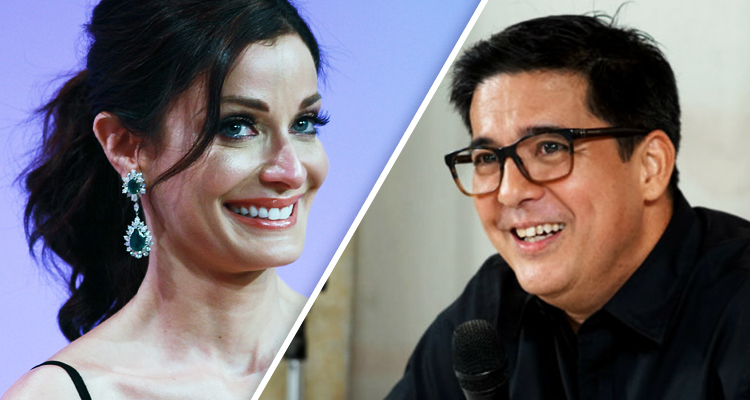 Actor Aga Muhlach and Dayanara Torres fell in love on the show right before the nation’s eyes, while Martin Nievera famously resigned during one of the episodes due to marital issues with his now ex-wife Pops Fernandez.

6. ASAP launched the careers of many stars who would go on to become household names.

This took place at USA’s Cow Palace on 4 April 2004 during a simultaneous broadcast with live feed from ABS-CBN’s Studio 10.

Martin Nievera and Pops Fernandez once performed together with their sons Robin and Ram on one production number, while celebrity offspring like KC Concepcion and Karylle Tatlonghari were welcomed onto the show when they debuted in local showbiz.

9. Quite a few international stars also made appearances on the show.

Fil-Am rapper apl.de.ap of the Black-Eyed Peas is one of the most notable foreign celebrity guests. K-pop group Boys Republic also performed in one episode to promote their upcoming concert in Manila back in 2015.

10. As of last year, Martin Nievera and Jolina Magdangal are the only celebrities from the original 1995 roster to still appear on the show today 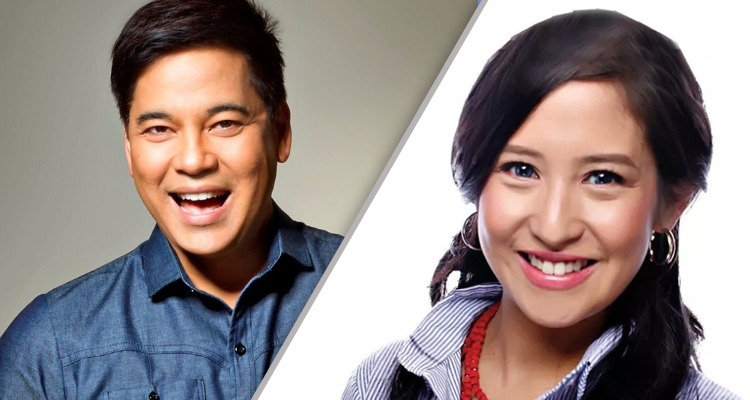 The rest have either retired from show business, transferred to a different network, or went on to star in other television programs.

Personally, I’m not a big fan of noontime shows myself, but even I can appreciate the sheer effort it takes to keep such a massive production going for decades. Plus, there’s also something to be said about creating something so dynamic and yet so uniquely Filipino that it’s able to incite the same joy whether it’s viewed on ABS-CBN in Manila or on TFC in Sydney. 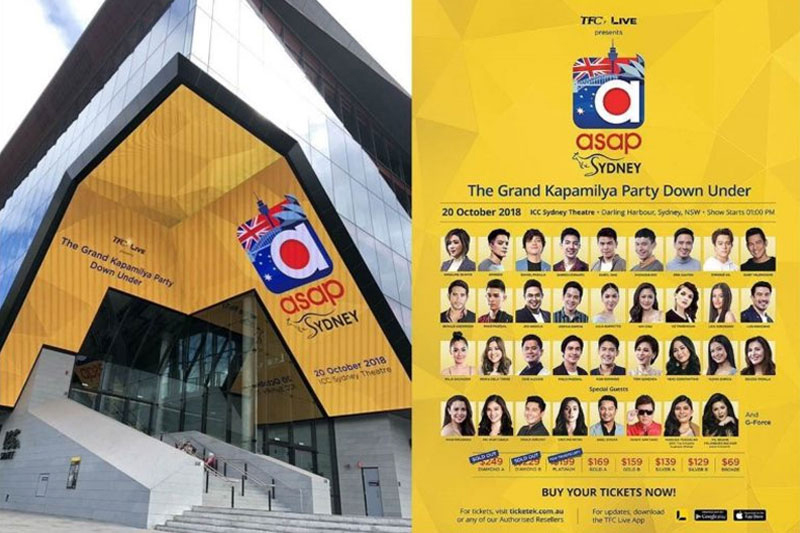 So, if you’ve got nothing planned for the 20th, head on over to the ICC Sydney Theatre. Not only will you get to party with fellow Kapamilyas, but you’ll also get to see some of your favorite celebrities in person as well, and what ASAP fan can say no to that?