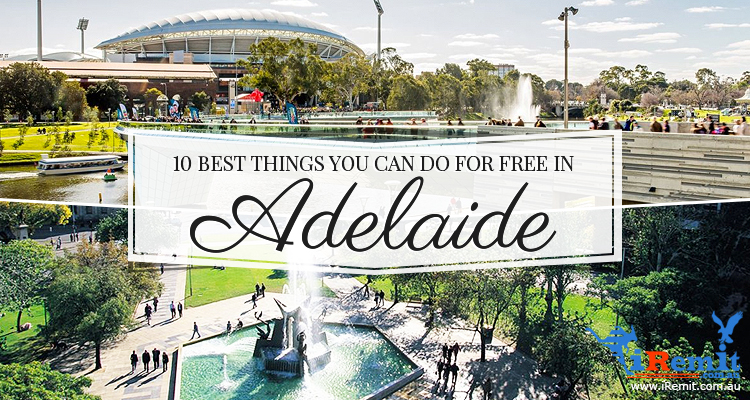 By Serena Estrella in Life in Australia
March 31, 2017

They say that the best things in life are free. In a place like Australia, where the standard of living is pretty high, it might be difficult to believe so, but it can still be true (to an extent, anyways). Most often, finding something fun to do without having to shell out a dime only takes a bit of research and an open mind.

In many ways, Adelaide is more laid back than, say, Sydney, so finding ways to amuse yourself for free here doesn’t take much. And judging from the following list of free activities you can avail of in this place, there’s something for just about everyone in the family:

About 10 kilometers away from the Adelaide city centre is a century old natural haven called the Morialta Conservation Park. Entry into the park is free, and you can even lay out a picnic blanket in the designated area on Stradbroke Road, have a few snacks or even toss around a ball, all while in the midst of various flora.

You may also want to check out the various bushwalking trails here and discover the rest of the vast conserve at your own pace. The Morialta Falls Valley Walk, for instance, is among the easier trails (you can even bring a baby stroller along), and it rewards you with a vision of the spectacular falls at the end.

2. Build sandcastles or take a dip at the beach.

Because of its proximity to the coast, the beach represents an integral part of Adelaide’s recreational activities. Glenelg, of course, is always a popular choice, but many locals consider it overdeveloped and not as unspoilt or relaxing as lesser-known beaches like Grange, Semaphore, Henley, and West Beach.

In the aforementioned beaches, you can do things like build a sandcastle or even take a dip in the waters (provided that it isn’t freezing outside) in a quieter, more secluded environment. For many, however, simply finding a spot on the sand and watching the waves roll in is more than enough.

Looking for something a little more stimulating?

Head on over to the South Australian Museum. Some of the special or seasonal exhibitions might require a fee, but admission is generally free of charge.

If you’re the sort of person who likes looking at artifacts like mummies (they have a genuine sarcophagus AND mummy on display), fossilized plants from millions of years ago, and a massive whale skeleton, you’ll easily while away an entire day here.

As of this writing, the Alpine Winter Village fair is ongoing up until 31 July, and entry is free.

Given Australia’s topsy-turvy weather, the atmosphere is very much like Christmas in July and the event is set up like a European-style market. There are vendors selling snacks and quite a few warm drinks, but if you’re lucky (or are really, really nice), you could chance upon one who will offer you a free taste of whatever it is they’re selling.

5. Put aside your iPad and frolic in a playground.

The Dunstan Adventure Playground is sure to entice any child or child at heart away from the glaring screens of their handheld devices. As far as playgrounds go, this place certainly has it all, from cutesy swings for toddlers to old-fashioned slides for older kids.

But if you’re a parent and you also want in on the fun, you can slide your butt down on The Long Slippery Dip, which is higher and steeper than your average playground slide. I would recommend using it only on days when the sun isn’t in full-force, however. You wouldn’t want to end up with a fried bottom.

6. Feed the ducks at Lake Woorabinda.

This wetland reserve is located in the Stirling area of Adelaide Hills, and the lake it was named after is home to a lot of ducks (and the occasional model sail boat being controlled by model boating enthusiasts nearby).

Since the area is a protected reserve, the assortment of animal species here roam free, but you can entice the ducks to come to you with a handful of breadcrumbs. Serious bird watchers can also take cover in a hide on the opposite side of the lake and indulge in their favorite hobby discreetly.

Parking fees aside, entry to this park is free of charge. The place is basically 835 hectares of undisturbed vegetation, so you’re bound to spot lots of interesting creatures here too.

The sheer variety of trees planted here make the area ideal for putting those childhood climbing skills to use. You might get dirty pulling yourself up the trees’ branches, but the view from that vantage point is sure to be worth it.

This scenic, oceanside path is not only a great place to go jogging or biking, but its surroundings are also a feast for the eyes. The simple yet stately (and ancient, it’s about a hundred years old) Glanville Hotel can be seen along it.

Arguably the best thing about this loop path is how you can spot Port River dolphins along the inner harbor loop. They don’t always emerge from the sparkling, sapphire-hued waters surrounding the port, but when they do, it’s certainly a sight to behold.

This famed bridge along the East Bank will literally take your breath away once you set foot on it. Unlike beam bridges that remain flat and steady as you cross them, this one is a suspension bridge that moves right along with you. So, expect to feel some side to side and/or up and down movement as you make your way across. And if that little jaunt thrilled you to bits, feel free to cross right back and repeat the experience.

10. Have a chuckle at Michael Leunig’s art exhibit.

Leunig is an artist who never went to art school and initially ended up working at a slaughterhouse, where he would dream up the cartoon-like illustrations that now adorn the walls of this exhibit. The drawings are very much like comic book illustrations that poke fun at just about everything, and while each one is for sale, wandering in and gazing at them won’t cost you a thing.