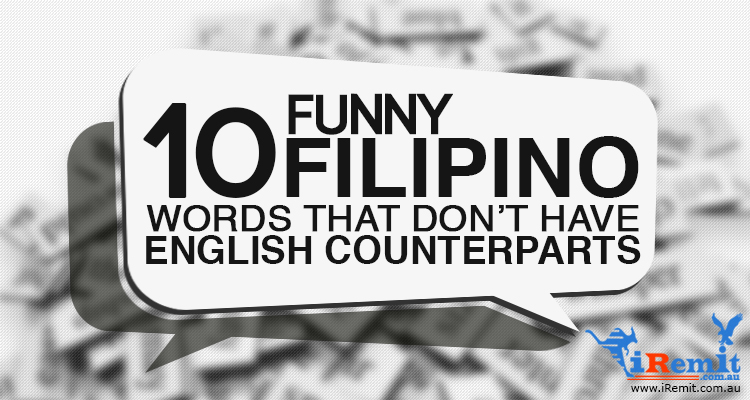 By Serena Estrella in Filipinos in Australia
February 8, 2017

If you’re an Aussie with a Filipino spouse, you’re all too familiar with the concept of “tampo.” This is when your husband or wife gives you the cold shoulder for no apparent reason, only to tell you much later on (that is, after an interlude of frustrated huffing and yelling or days of the same treatment) that they felt bad over something you said or did.

“Tampo” is so common among interracial marriages that we’ve alluded to it here, here, and here.

However, this article isn’t about resolving communication issues in mixed relationships (you can click on any of the links in the previous paragraph for advice on that). Rather, it’s about how the Filipino language has terms that are a little harder to explain in English. A lot of them don’t have a direct translation at all, but as you’ll see on this list, knowing what they mean can give you an even deeper understanding of your partner, and how s/he sees the world:

What It Means: The Spanish phrase “basta ya” means “enough already,” but when a Filipino says “basta,” it’s taken to mean other things like “stop it,” “that’s final,” and “whatever I said before or after ‘basta’ is not open for discussion.” (Confused yet?)

It’s also every harried mother’s rebuttal when she wants her restless toddler to stop running around. Now. 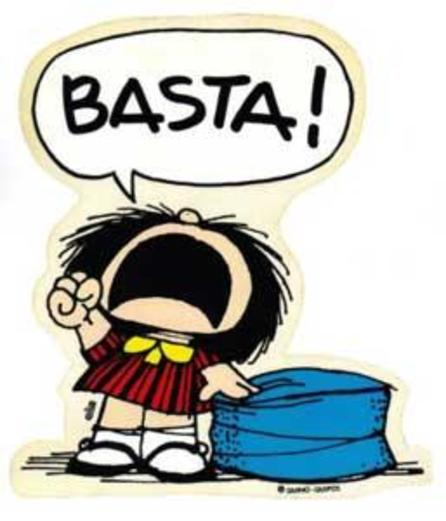 Kid (while squirming): Why?

Mom: Basta, the (insert mythical Filipino monster here) will come and eat you if you don’t behave.

What It Means: Remember that one kid who liked to tease everyone but went running straight to their mom if you tried to do the same to them? That’s basically what a “pikon” is: a spoilsport or crybaby who can dish it out, but can’t take it.

Alternatively, it can also be used as an adjective to describe a sore loser or a whiner.

“Don’t be so pikon.” ~what you can say to someone who gets touchy when their favorite rugby team loses a match.

If you’ve ever had a big crush on someone and felt butterflies in your stomach whenever they said “hi” or even so much as brushed past you, this word sums up that feeling. It can also apply to what many Harry Potter fans must have felt when Ron and Hermione finally shared their first onscreen kiss, sort of like a vicarious romantic high.

“Crikey! My crush just liked my new profile picture! I feel so kilig!”

What It Means: What do an adorable baby and an annoying douchebag have in common? The ability to incite the impulse that this word describes, that’s what.

Let me explain. When you see a kid with plump, rosy cheeks, you want to reach over and squeeze them. And when your sister’s a**hat of a boyfriend swaggers over, you also get the urge to squeeze him (preferably until he taps out).

That’s exactly what “gigil” means: the desire to squeeze something or someone because you either find them so cute or so irritating. 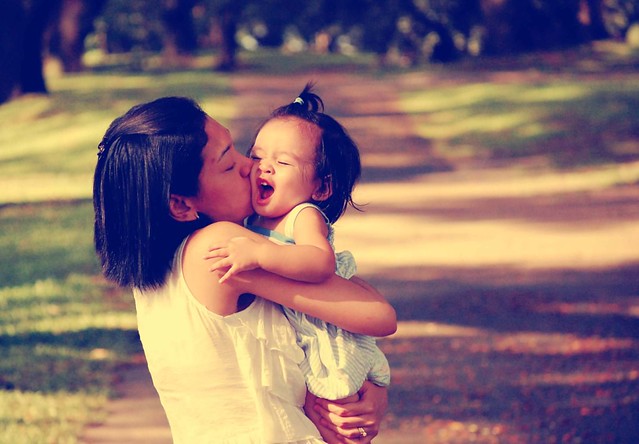 What It Means: Sometimes described as “street-smarts” (as “diskarte” isn’t something they teach you in school), this word actually refers to resourceful and often ingenious ways of solving a problem. If you’ve seen those 90’s Mentos commercials where someone has a lightbulb moment after popping a mint candy into their mouth, that’s “diskarte” in motion right there.

“How did you manage to avoid getting a parking ticket?”

What It Means: Speaking of the 90’s, have you ever heard that song “Just Can’t Get Enough” by Depeche Mode? (My apologies in advance for bringing on LSS with that link.)

Well, it’s pretty much what “umay” isn’t. When you’ve eaten too much ice cream, seen too many “Masterchef Australia” reruns, and laid eyes on your arrogant, sexist boss’ repugnant mug all day and all week, that feeling of being so sick of all of the above is, in essence, umay.

“Ugh, I don’t want to see another Big Mac for as long as I live. Nakakaumay!”

What It Means: There’s this Filipino tradition of bringing gifts home when they come back from a trip abroad (or sometimes even from an out-of-town vacation), and the term for these souvenirs is “pasalubong.” The term “souvenir” is used loosely since a pasalubong isn’t necessarily an item that is unique to a country or province that a returning OFW is coming from.

Take, for instance, your spouse’s nephew’s request for a new iPhone 7 “pasalubong” on your family’s next visit to the Philippines.

“We should get a couple more boxes of TimTams as pasalubong for my neighbor’s dad’s childhood friend’s former officemates back home.”

What It Means: This word can either be used as an adjective or a verb. As the latter, it can mean to nag or to pester someone. As an adjective, it describes someone who can be needlessly stubborn, like that retail customer who keeps telling you to “check the back” for an item that is out of stock.

However, this word can also be used to describe someone or something that’s playful and funny, so it all depends on the context. 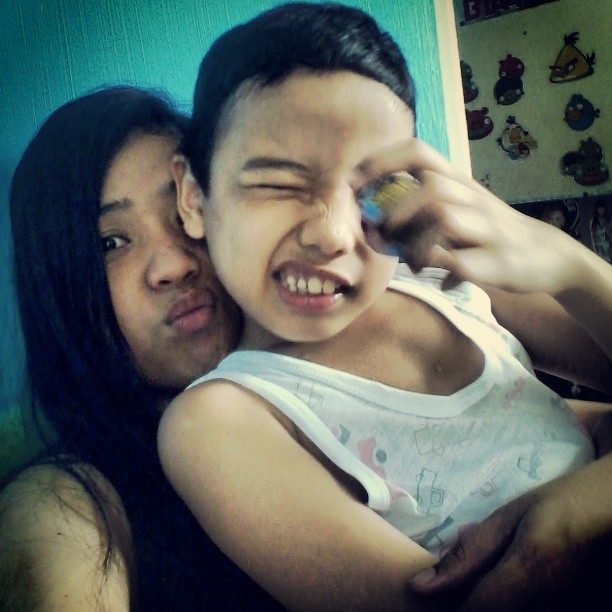 “My daughter’s been so makulit ever since she discovered the word ‘no.’”

“Have you seen this Buzzfeed video of Obama goofing around in the Oval Office? So kulit!”

What It Means: Our well-meaning lolos and lolas use this term to describe a pseudo-medical phenomenon where you get numbness, tremors (“pasma” comes from the Spanish word for “spasms”), and abdominal pain caused by sudden exposure to water after a vigorous activity. (No, I don’t get it either.)

This, of course, dates back to the days before medical science was widely published.

“Don’t wash your hands after ironing clothes. They’ll get pasma.”

What It Means: In English, we have terms like evening wear, swimwear, and office/casual attire to categorize clothing. What we don’t have, however, is a term applied to clothes worn around the house. This is where the term “pambahay” comes in; it’s what we Filipinos call those ratty-t-shirt-and-mismatched-sweatpants ensembles that look ghastly but feel oh-so-comfortable.

As “bahay” means “house” in Tagalog, it’s only fitting that these same clothes are only meant to be worn when you’re relaxing at home (preferably with no surprise guests showing up to see you in them). 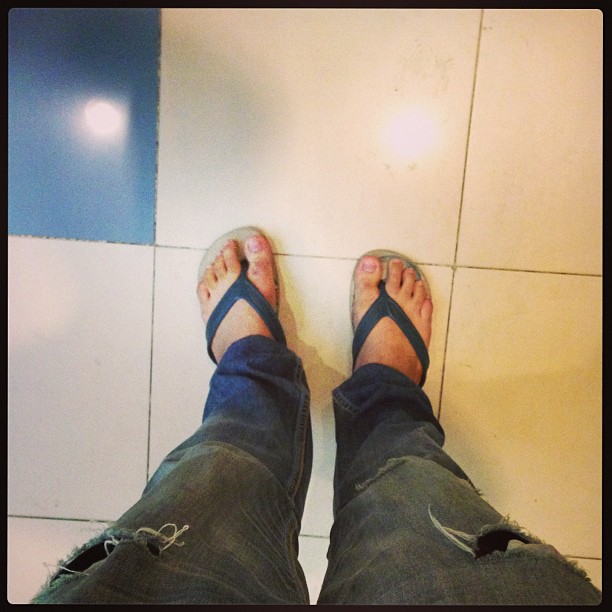 “I can’t wait to get home so I can put on my pambahay and veg out in front of the telly.”

All this new information might seem frivolous, especially when you probably come to this site to learn more about working visa’s and investment ideas for your remittances. But apart from giving you a glimpse into your Filipino spouse’s mind, having this bit of knowledge will also help the two of you in raising a family where cultural differences are celebrated, a mindset that the world is in sore need of these days.

And there’s certainly nothing frivolous about that.