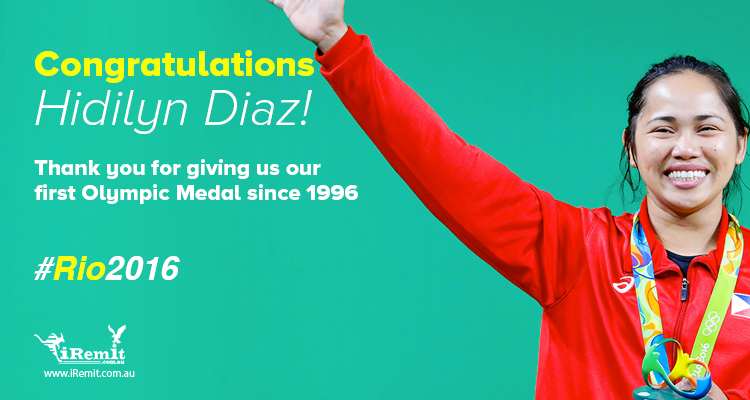 Hidilyn who? If you haven’t seen her name splashed all over today’s local news headlines, let us bring you up to speed.

Hidilyn Diaz just happens to be the Filipino weightlifter who bagged a silver medal at the ongoing Rio Olympics. She won the medal during the women’s 53kg weightlifting event last Sunday, but that’s not why her feat is so impressive (but hey, anyone who can lift that much deserves a round of applause, yeah?).

You see, Hidilyn’s the first athlete to win an Olympic medal for the Philippines in 20 years. That’s TWO WHOLE DECADES since Onyok Velasco won a silver for boxing during the 1996 Atlanta games. Hers is also the country’s first Olympic medal in weightlifting.

To celebrate this momentous occasion, let’s have a look at some fast facts about this remarkable Olympian:

Diaz’s win at the Olympics is a welcome relief after several of our athletes lost out in their respective sports during the first day. On a much deeper level, however, her story also shows just how temporary failure is, and how far a person (and perhaps even a nation) can go if they move past it and keep on improving themselves.