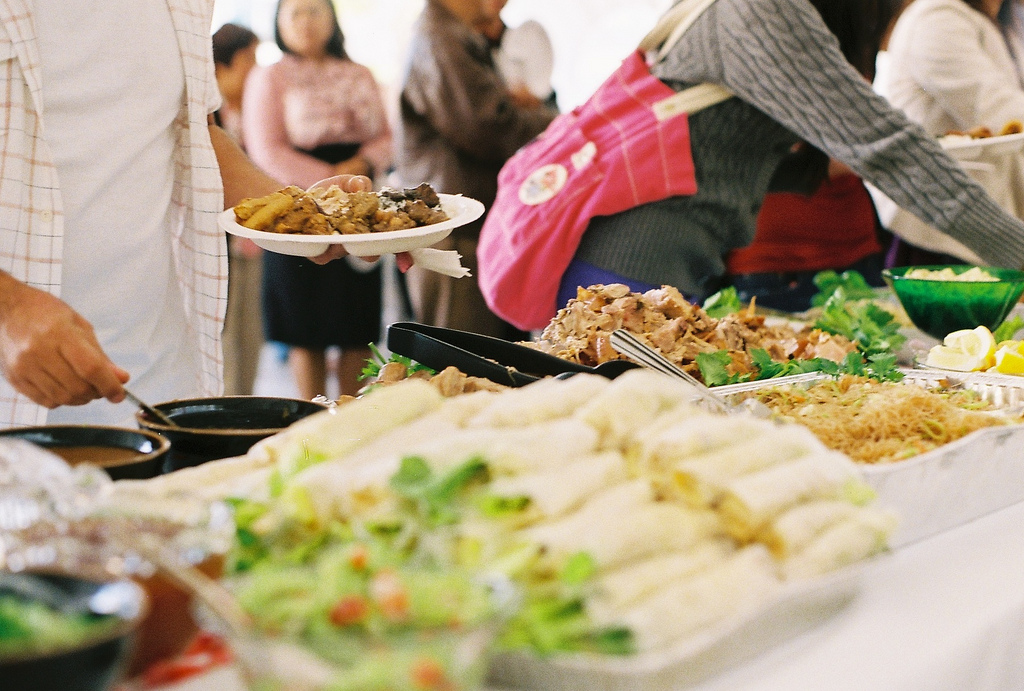 10 Dishes You Have to Try in Your First Philippine Visit

Everybody knows how colorful the Filipino culture is, with over 7,100 islands offering something different to every newcomer. Some fly here for the beaches, some for the unique experiences.   Some enjoy meeting the Filipino people, while some are interested to learn more about the norms and traditions here. But if there’s one thing that draws almost everyone into the diverse Philippine culture, it’s the food.   It’s weird how Filipino cuisine has not really gained a lot of attention, considering that no matter what country you visit, you would always find decent Japanese, Korean, Thai, and other Asian restaurants. In the past couple of years however, some brave Filipinos abroad have finally started to let other cultures experience the amazing experience that comes with eating Filipino food – and the feedback is amazing!   Of course, nothing beats trying out the real thing right where it was first created. This is why on your first visit to the Philippines, you have to make sure you try out these ten dishes that scream ‘Pinoy’ in every way possible.

Adobo is actually a Spanish word that means ‘marinade’. It has become the epitome of what comfort food is in the Philippines, with mothers in every Filipino home serving this on their tables a few times each month, or even week. 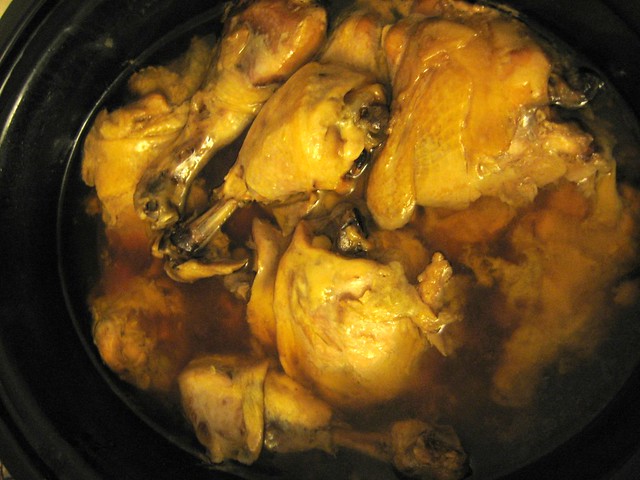 Sometimes, it’s pork. Other times, it’s chicken. For the more adventurous, a mix of the two is cooked. And for those who are more adventurous, fish and squid can also be cooked this way. The meat is cooked in a mix of vinegar, soy sauce, garlic and black pepper. Eat it with rice and you’ll feel that explosion of strong flavors right inside your mouth, dismissing all that wonder about why Filipinos never say no to it.

With a culture this colorful, you could definitely expect a few dishes or two that you would think twice before eating. And for Filipinos, there is nothing more satisfying than seeing someone who isn’t from around these parts eating balut. 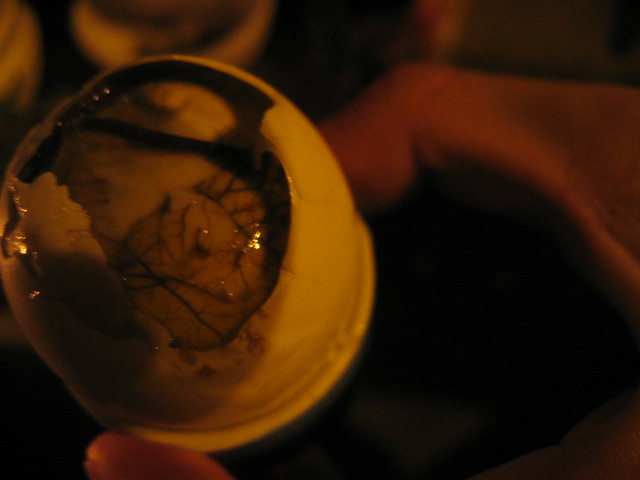 Balut is a sort of street snack sold by vendors carrying them in baskets. It’s basically duck embryo eaten in its shell. Some eat it with vinegar, while others eat in with a pinch of salt on top. It’s not for the faint-hearted, especially if the balut you happen to pick already has a beak and a pair of eyes staring straight at you once you break that shell. Get an egg that’s less than 17 days old however, and you’re safe from the gory stuff.

Peanut butter is always good, so it’s not surprising that it’s used for one of the most popular comfort foods in the Philippines. However, in the country, we use it for so much more than just sandwiches. 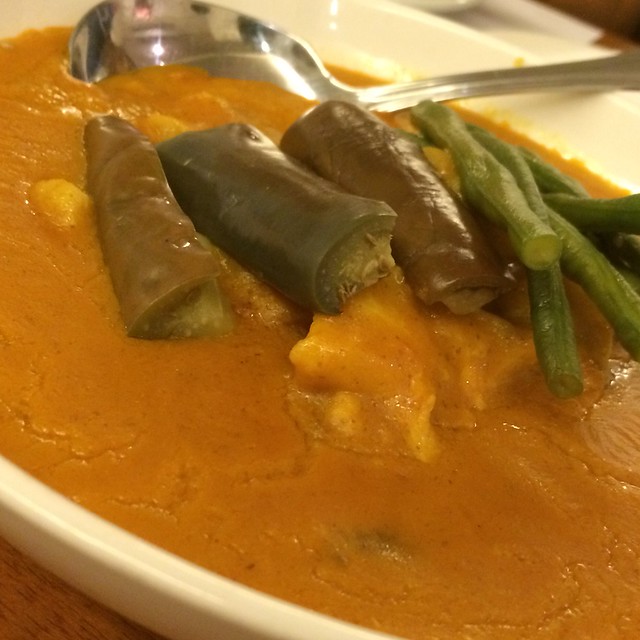 Kare Kare is a kind of stew made by cooking oxtail, ox tripes, pork leg and some vegetables in peanut sauce made with ground roasted peanuts or peanut butter. Usually eaten with shrimp paste, it was traditionally cooked in a clay pot but times have changed and very few people still cook it this way.

Filipinos just love sour food, one proof of which is our love for the sour soup called Sinigang. Although the flavor usually comes from tamarind pulp, some also use guava, calamansi (Philippine lime), and a host of other ingredients to bring out that sour taste.

You can cook Sinigang using pork, beef, fish, or shrimp. A variety of vegetables are also added, with the most common being okra, water spinach, radish, and a lot more.

Filipinos are fond of cooking anything on the grill that even animal innards are unable to escape our adventurous taste buds. One of the most popular things to be grilled, isaw is grilled chicken or pork intestines marinated in different spices and sauces. 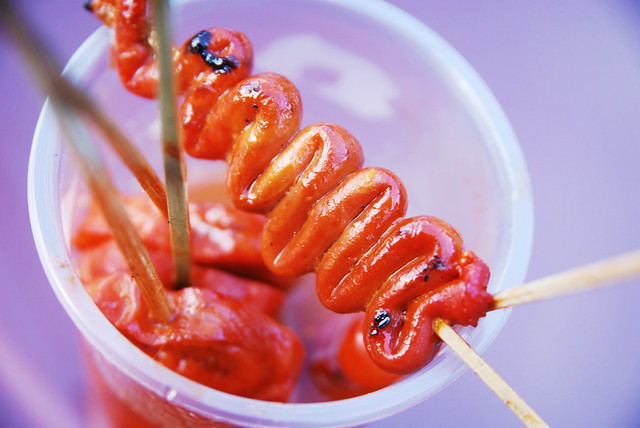 You can buy isaw in just about every corner all over the country. Although a lot of people eat it while drinking beer, some also eat it with rice or eat it as a snack. They are often sold in the afternoon until nighttime.

Go to any huge event in the Philippines and you’ll see a whole roasted pig on one end of the table, often with an apple in its mouth. It can be a little expensive, so others (especially those in the provinces) opt to just roast their own pig, leaving it over the fire for a good 8 hours or more. With the pig skin already smothered with different herbs and spices, the pig is continuously turned to make sure that the flavor is distributed evenly. 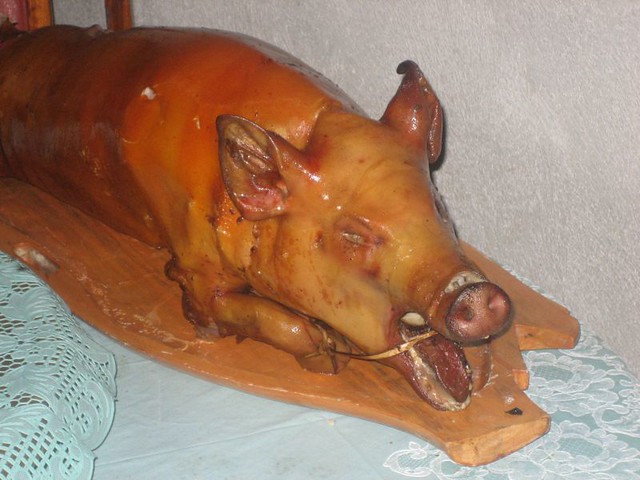 The perfect lechon would have crispy skin and tasty meat. Although you can find lechon everywhere around the country, some opt to order theirs from Cebu, an island in the Visayas region where the best lechon is said to come from.

Just knowing that sisig originally came from Pampanga, the country’s culinary capital, will tell you right away how surprisingly good this dish really is. A lot of people get turned off when they find out that it’s mostly made of pig face, pig ears and chicken liver. But when they finally dare to taste this popular appetizer, they start to realize that when it comes to Filipino cuisine, the weirdest ingredients would often leave the tastiest results. 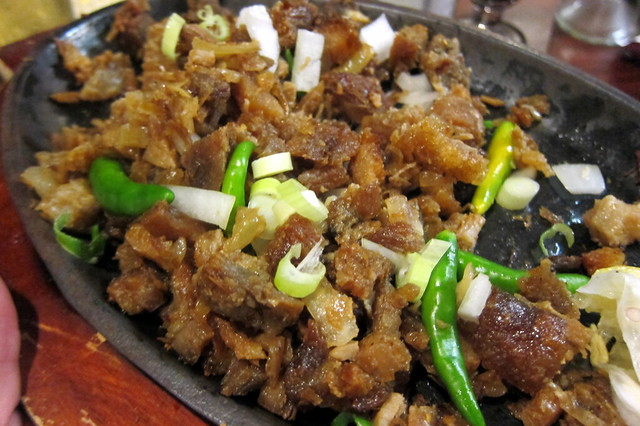 The Sisig has gone far from being just a mere appetizer or a great partner for cold beer. Now, people also eat sisig with rice for lunch or dinner. A number of variations have also emerged to cater to those with different dietary concerns. Some popular versions would be the chicken sisig and the tuna sisig.

Often sold early in the morning, taho is made of a soft, jelly-like form of soybeans topped with tapioca and caramelized sugar. You’ll know that it has become a favorite in the country when you see children and adults alike running out of their homes and into the streets when the taho vendor passes by shouting “Tahooooo!” at the top of his lungs. 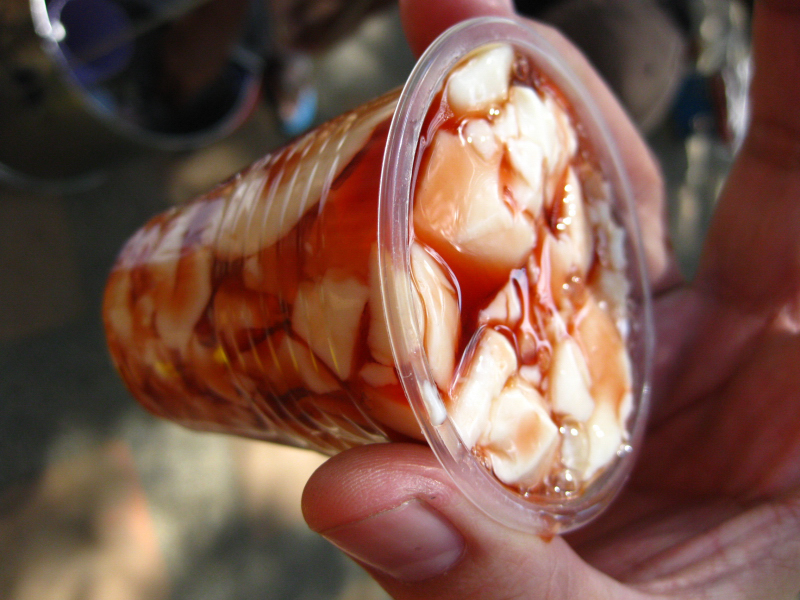 Although the taho vendor usually has his own cups, you can see people bringing their own mugs or bowls so that they can buy more than the usual serving given. It is often eaten with a spoon, but some also use straws or drink it straight from the cup.

It’s funny how people who do not originally come from the Philippines call dinuguan as “chocolate pork” because of how it look like. But this dish is in no way made of chocolate. What it IS made of, however, is blood. 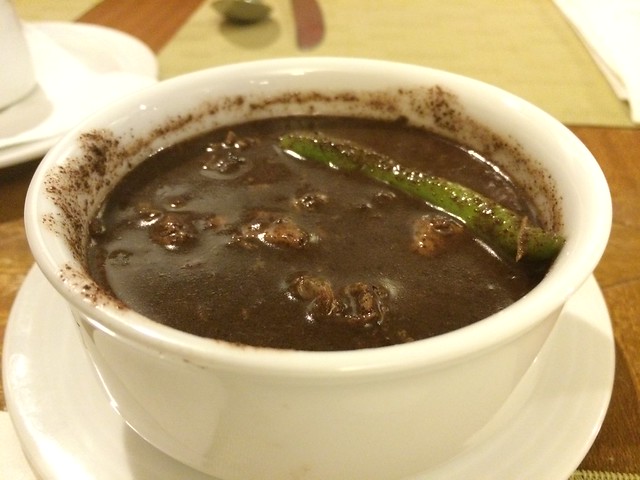 The dinuguan is a kind of stew made of the lungs, intestines, heart, kidneys, and other pork internal organs. For the faint-hearted, there are also versions where the actual meat of the pork is used. This is then cooked in pig blood, vinegar, garlic and chili. It is perfect with puto, a kind of rice cake.

“Halo” means “mix” in English, which pretty much gives you an idea what this food is all about. Halo-halo has become one of the most popular desserts in the country, perfect for the tropical weather here. 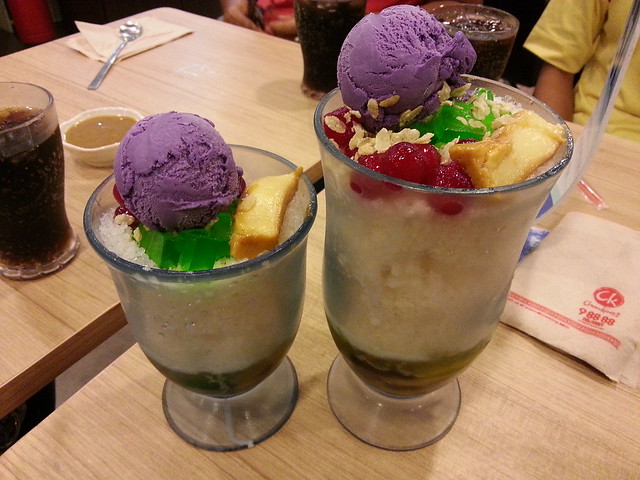 It is a mix of different kinds of beans, jello and fruit served in a tall glass covered with shaved ice and milk. It can also be topped with ice cream, milk flan, or other fruits.   Truly, Filipino cuisine is not just for the hungry, it is also for the adventurous. So if you truly want to capture the essence of how Filipino culture looks (or tastes) like, dig into these different dishes on your first visit to the Philippines.   Special thanks to _katattack for the main image.